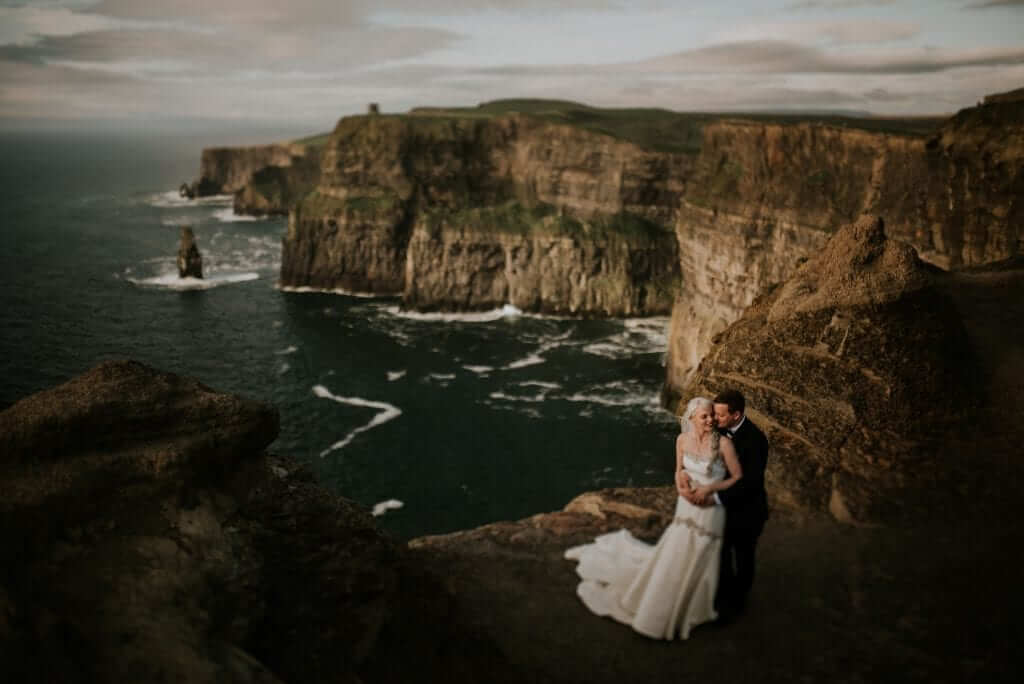 Since the guidelines changed to 6 guest weddings, I noticed the trend of many making their way to get married legally in the registry office followed by booking a wedding celebrant for a ceremony later in the year and next year.

From my previous article ‘The Difference between Wedding Ceremonies‘ you will see that a wedding celebrant is a non-legal representative that brings your wedding story and commitment to life in a meaningful way.

I took time out to chat to Conor Clear Celebrant who I have worked with at many a wedding fair to just give me the background so that I could improve my own understanding. 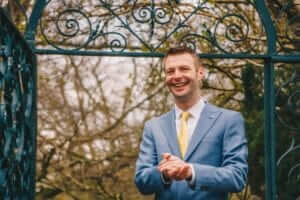 “Prior to all of this upheaval with Covid 19, many couples would go ahead and get married legally in the registry office during the week and then myself or my colleagues would then celebrate their wedding with their guests by the weekend or a few days later. That still remains the same in theory but the main difference being that some are getting married now in the registry and we are going to celebrate with them later in the year. It’s just the time between the two that has changed”

Conor explained that for some, the registry is very standardised as it is a legally binding process, some registries offer a little more customisation than others but couples are not permitted to refer to anything religious or spiritual in those services. That’s where the celebrant can come in as they view their role as the crew that pick up the baton and bring that really beautiful personalised feel. When Conor meets his couples, he looks for the meaning and the special defining moments in their lives together and then handcrafts a ceremony around them and their lives so that it can connect with their guests. They can also host your celebration at your venue, on a beach, in the woods or even in your garden! 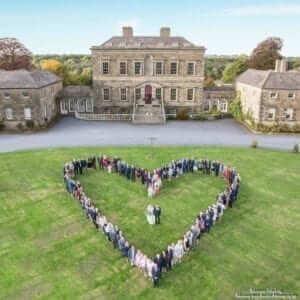 It feels that couples are put very much at the centre of these ceremonies and when you strip away the religion, faith, belief….you land on a ceremony that is purely about the couple. That’s not to say the others don’t, but the couples are adapted to the meaning of the belief system that they sign up for. For me, I really wanted a church wedding. The structure and ceremony of that day is pretty meaningful to me but that’s not to say that others feel the same.

What I like about the celebrant approach is that it’s on your terms and if you want a catholic reading, you can add that in, if you like a poem from a children’s book add it in, if there are religious or non-religious songs that you like, again you can add them in.

The big message here is that there is choice. Conor like many other celebrants are really the facilitators for your choices!

To learn more about Conor’s work click here and you can also listen to Conor chat all things celebration on his Podcast ‘The Celebration Sessions’ wherever you get your podcasts.

PODCAST 🎧 Season Two kicks off with the one and

BOWS | KNITS | SEPARATES | SPLIT Yep this has it

Ah shapewear.... Whether you want to suck it in, p

Did you know..... One of my biggest Irish Wedding

Hoping that this weeks announcement brings some jo

Can you actually deal with the style in this gorge

Shoes ❤️❤️❤️❤️ From one of my fave