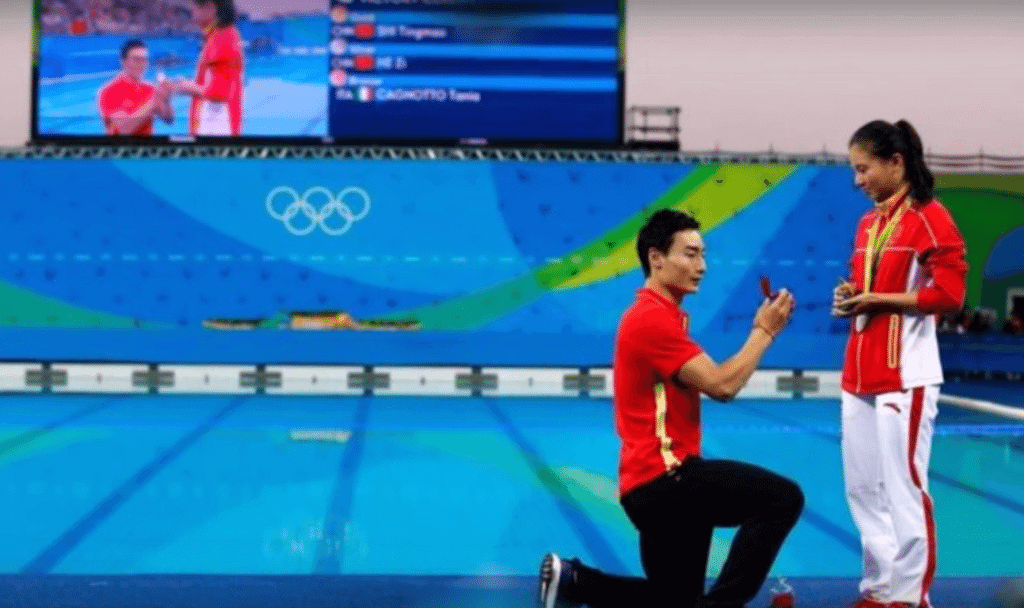 On todays Ciara Plunkett show on KFM (Kildare FM) the topic about public proposals came up following THAT proposal during the Olympics this week.

I was asked to chat to Ciara about this topic today. You can listen right here!

An article in the Guardian discussed how those who are proposed to so publicly are left with no choice but to say yes. It was also suggested that this proposal stole her thunder when she was being awarded her medal of her life at the Olympics. You can read the article here! This article prompted the discussion on today’s Ciara Plunkett show.

This way of proposing has become increasingly popular. It has always been ‘a thing’ in America but the culture has now become a norm across the world. In Ireland we are starting to see an emergence in this trend but we are still quite a cynical nation so it is not as wide spread…yet!

The difficulty with this wave of proposing is that the bar is being set very high. It could be argued that if the person being proposed to doesn’t feel that the proposal is elaborate enough that it is invalid and can feel underwhelmed.

In Ireland, we tend to find this whole public display of affection to be pretty cringeworthy. We can reflect on the Rose of Tralee two years ago when the New Orleans Rose was proposed to. I can’t even watch it……it’s too much.

The important thing is the fact that your partner has asked for your hand in marriage and is asking to spend the rest of your lives together. That in itself is such a huge gesture without having the worlds cameras on you!

It does not get better than this! What a fab fab a

I came across these amazing cake toppers on a rece

Simplicity is key 👌 Clean, crisp and pristine i

Too unbelievably cool for its own good! The best n

Challenge accepted! Thanks Abi in @thebridallounge

Such a lovely afternoon spent exploring the newly

Throwing back to this day 6 years ago.....a very d

Ceremony goals right there 💍 Reminds me of the