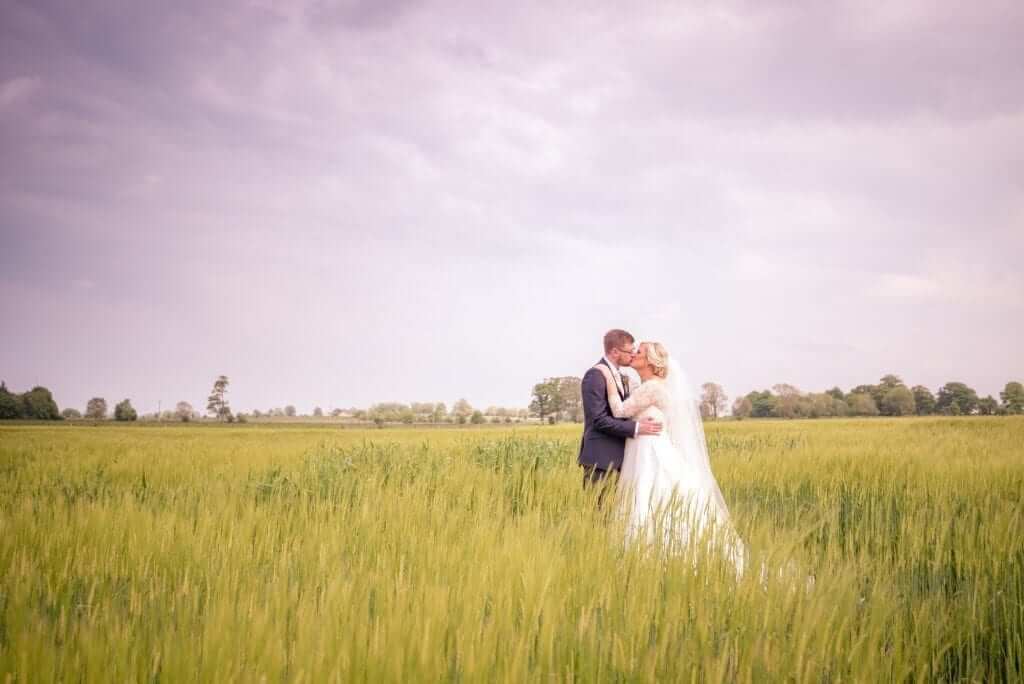 Introducing the real wedding of Jean and David in Loughrea Hotel & Spa.

Their eyes met across a crowded bar in North West London where Jean worked. David asked her to join him for a dance in the local Irish Nite Club and the rest they say is history….

7 years later on New Years Eve, David got down on one knee  whilst taking in a romantic stroll.

They wasted no time and got planning straight away. Here is how they did it:

“The most important thing was trying to get all the suppliers you want available on the same day. We started pricing hotels.  We had The Lough Rea Hotel and Spa in our heads already.  We went to the Fayre in February 2015 and loved it that much we booked it on the day.

I had been bridesmaid at my friends wedding a couple of years before and I had picked up things that I liked along the way.

Lists and my phone were my best friends.  As I thought of things I would add them to my list. I would take 1-2 hours on some evenings through out the year to tick them of.  I found that this eased the pressure on last minute jobs and money wise. I have to say that most of our wedding was planned on my phone in the evenings.“

Jean and David found that planning from a different country was difficult.  They had less time to visit places so everything had to be organised within the time frames of being home. The benefit to this according to Jean was that she didn’t give herself too many options and made gut decisions.  They had great help from Jeans parents.

They found it difficult initially to find a date that suited everyone as they had a lot of people travelling from the UK. They let everyone travelling know dates a.s.a.p. to get cheaper travelling prices.

Once the dates were confirmed with the venue and priest, they  got the next big items in check such as;  band, photographer, make up, hairdresser and florist.

Following this, they started to book some of the other vendors over the course of the year. This is the first wedding that I actually spotted that used wedding insurance. They selected Debenhams.

Jean found her dress online and contacted many places to find a shop that would be able to order it in.  Finding bridesmaids dresses proved to be a struggle, as with every bridal party, finding a style that suited everyone was tough. Jean swears by Moposa as it really helped to keep her wedding planning on track.

Closer to the day, Jean and David worked their way through the final touches such as rings, invitations, wedding booklet, table plan (Jean strongly urges you to open a bottle of wine when you start to do this.  Also, ask parents and family to help as they know the family politics and who can sit with whom) and thank you gifts.

The morning of the wedding was very relaxed. Make up and hair went swimmingly. Jeans aunt cooked breakfast rolls for everyone at her house and dropped them of to the bridal party. It was all systems go with hair, make up, photography,  videography and flowers. The priest told Jean to be at least 15 mins late (There was a pub right beside the church!)

The ceremony was performed by Jeans fathers’ cousin, who had married her mother and father 36 years before. Unfortunately David’s father had passed away.  In his memory, there was a picture of him on the altar and the priest honoured his memory by lighting a candle for him at the start of the ceremony. After the ceremony they went to a local area to get photographs taken and then on to the hotel.

When they arrived at Loughrea Hotel & Spa, Karen and the team greeted them and ensured that they had a glass of bubbly straight away.  The meal went down a treat and it wasn’t long until everyone was up on their feet dancing the night away.

“We could not have asked any more from the staff in the hotel.  Myself and my husband and all of our guests were treated like royalty the entire weekend we were there.  Everything was wonderful, fun and perfect…The meals came out perfectly. We got rave reviews on all of the food from hors d’oeuvres to main courses, to the late evening food. The attention by the servers and bartenders was outstanding.  The bartenders – they were warm and friendly and went out of their way on the night the wedding and the next evening we had a BBQ on the rooftop bar.  Karen the wedding coordinator is wonderful at her job she has the ability to keep you calm and collected about anything that may crop up.” Jean & David

They Honeymooned in Sorrento and highly recommend this location as there were so much to do.  They spent a couple of days lounging by the pool and the rest climbing Mt Vesuvius, visiting Pompeii,   driving the breath-taking Amalfi Coast and taking in a boat trip to Capri.

Final parting advice from the couple……

“Don’t sweat the small stuff.  We had a few hiccups in the last few days leading up to the wedding.  But I did not let them get to me. (Actually, the car that I was supposed to be travelling in broke down on the Thursday before the wedding.  The morning of the wedding a bright yellow vintage Ford Cortina showed up.  It was nothing like the beige Rolls Royce.   It wasn’t at all what I would have picked but I have to say it was the best thing that could have happened.  My father loved the car and it was a major talking point for all the men who don’t have dresses etc to talk about.)  Easier said than done keeping cool, I know, but in the long run it wont help. If you don’t have things a certain way who knows… Only you!  Everything will work out.“

Church Decor: I Do Candle Lighting

And now for the pictures! 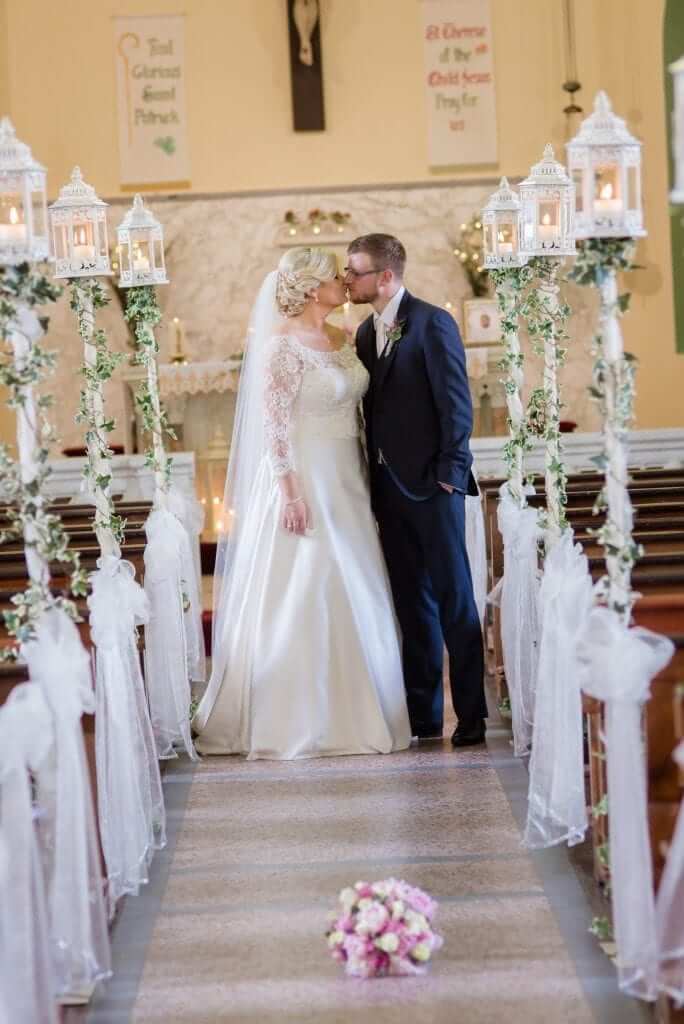 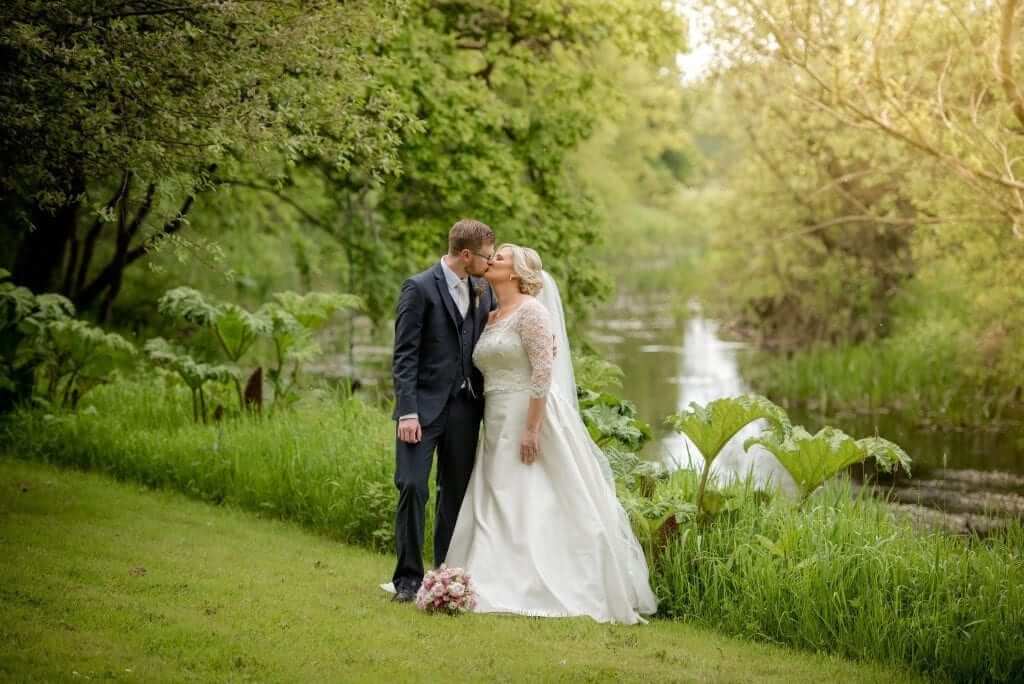 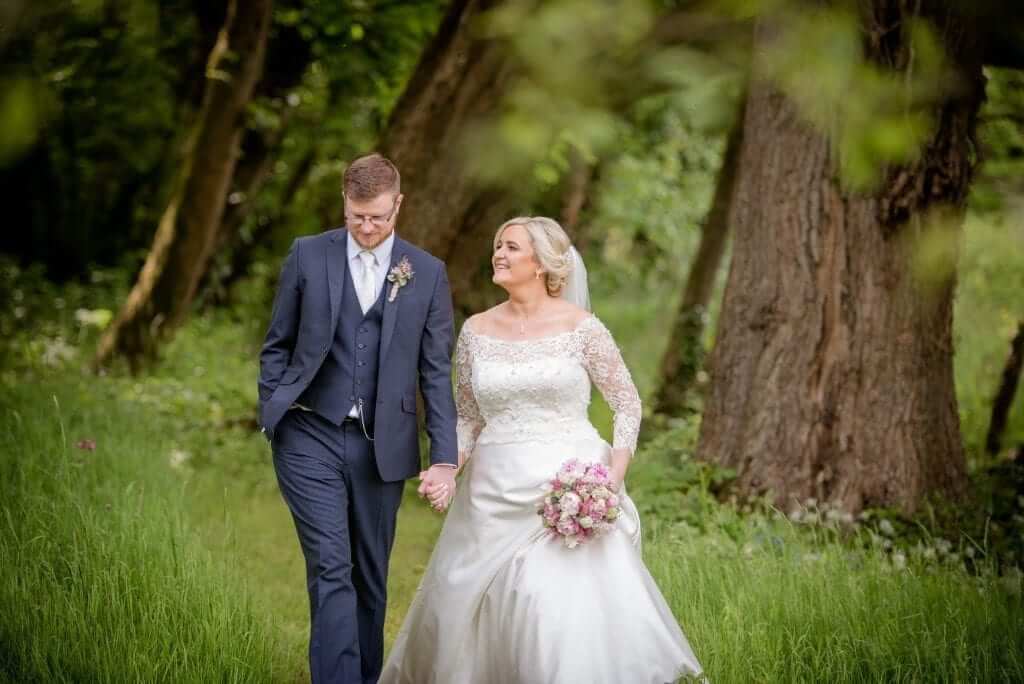 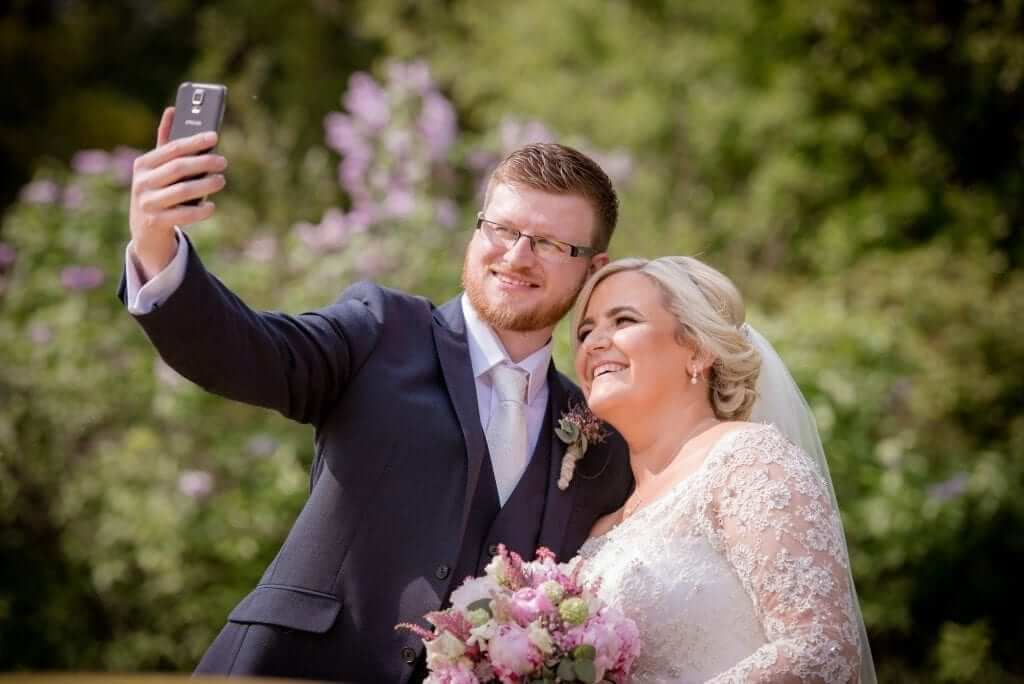 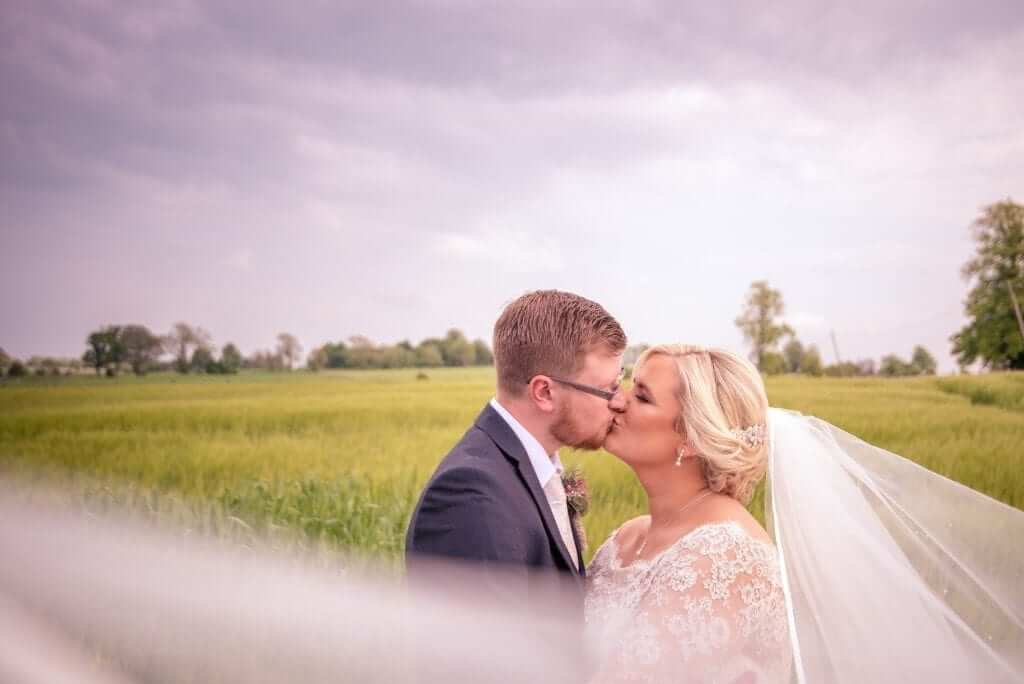 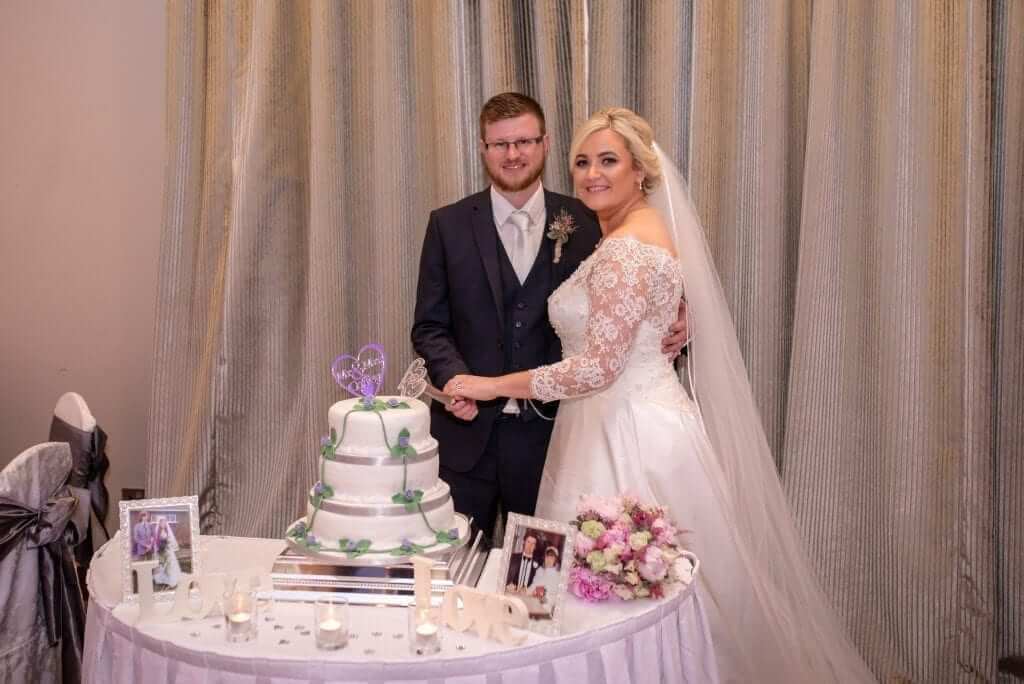 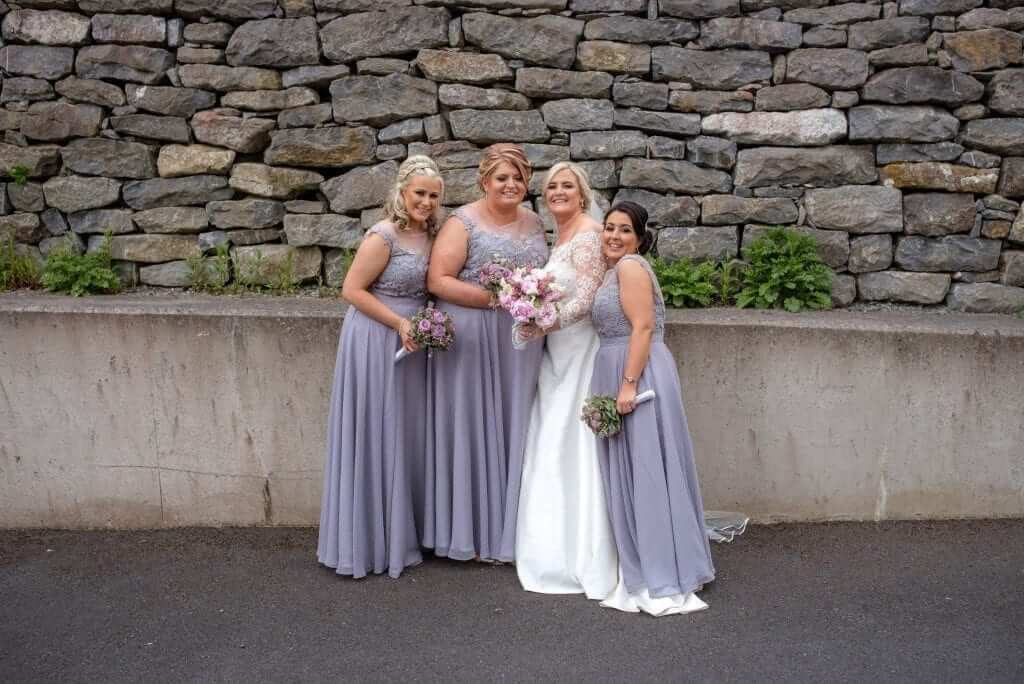 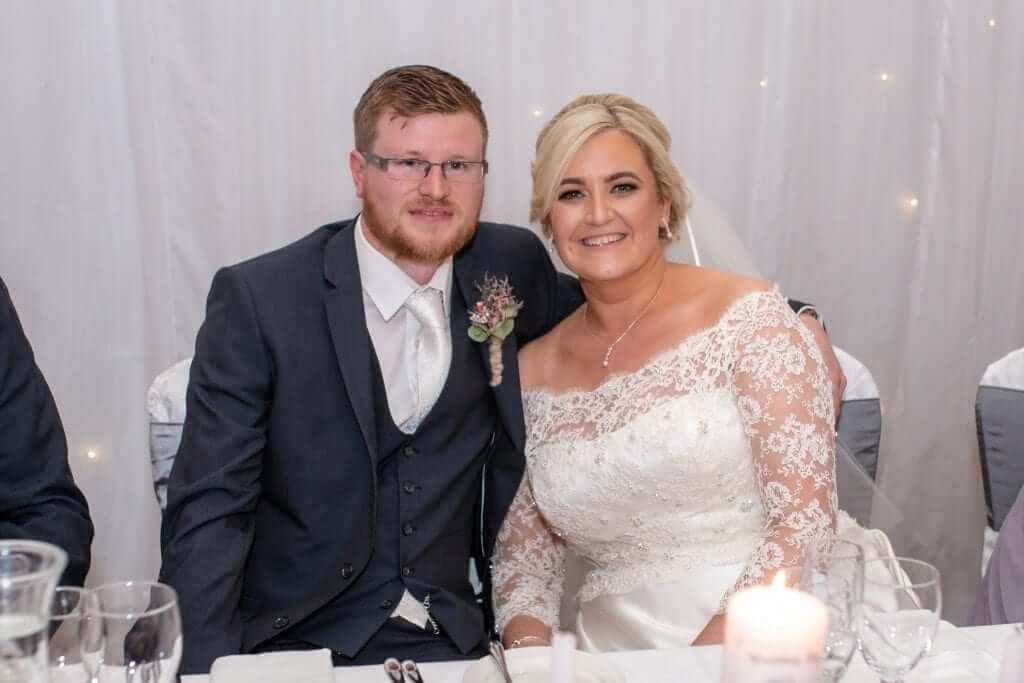 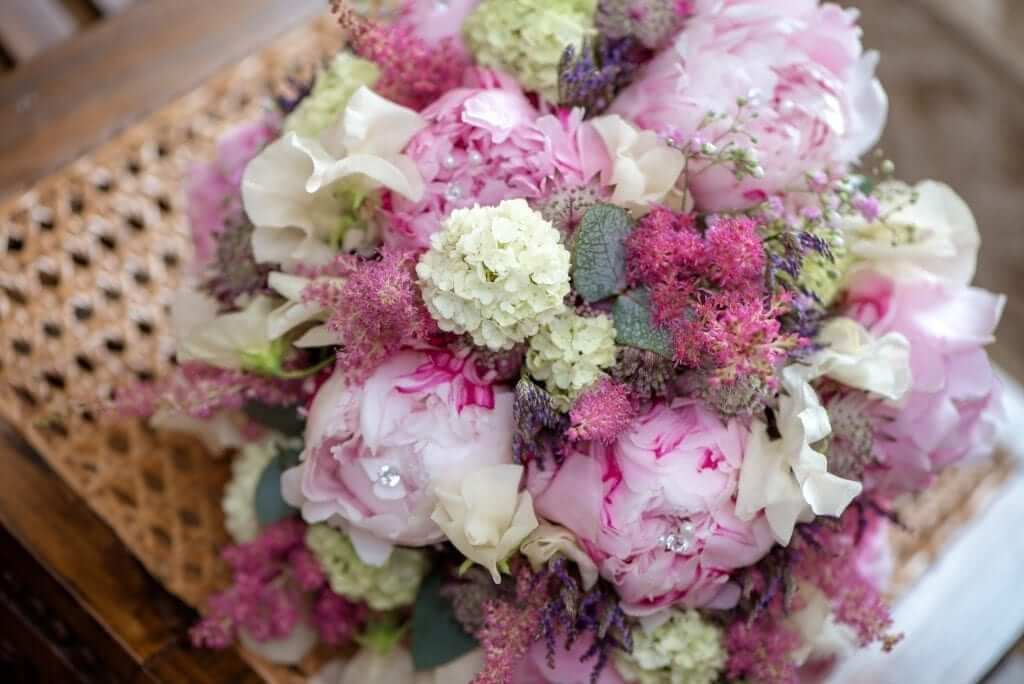 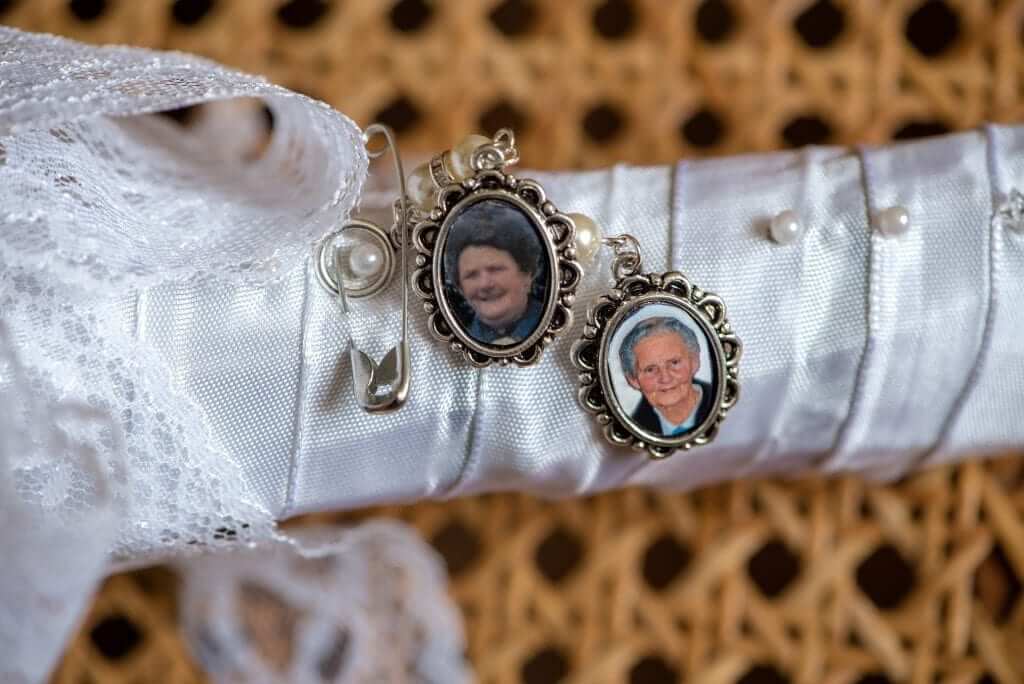 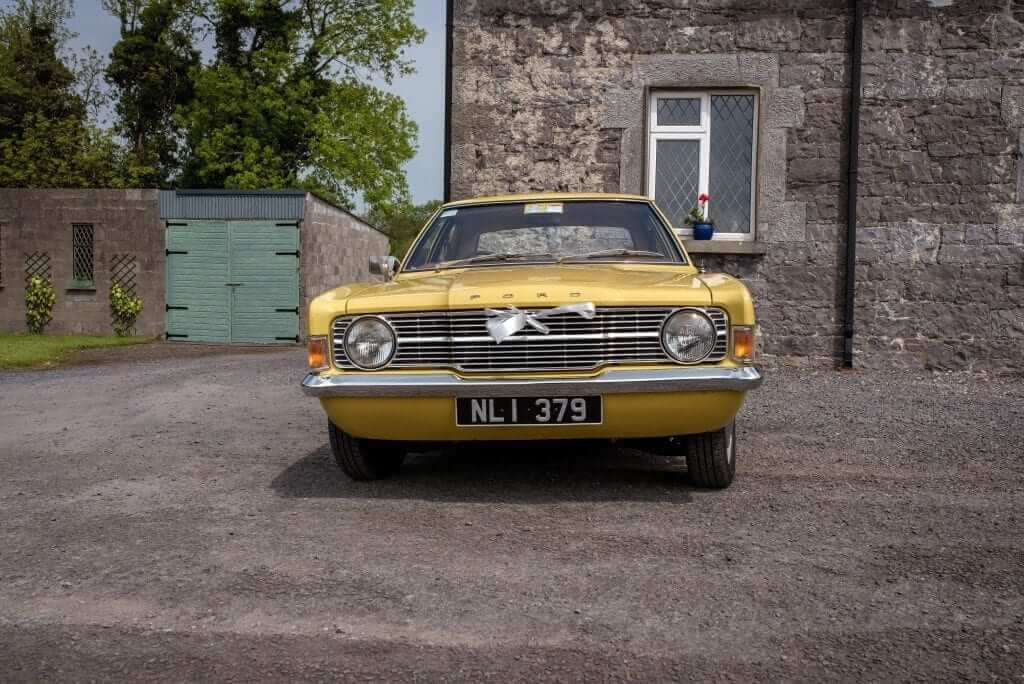 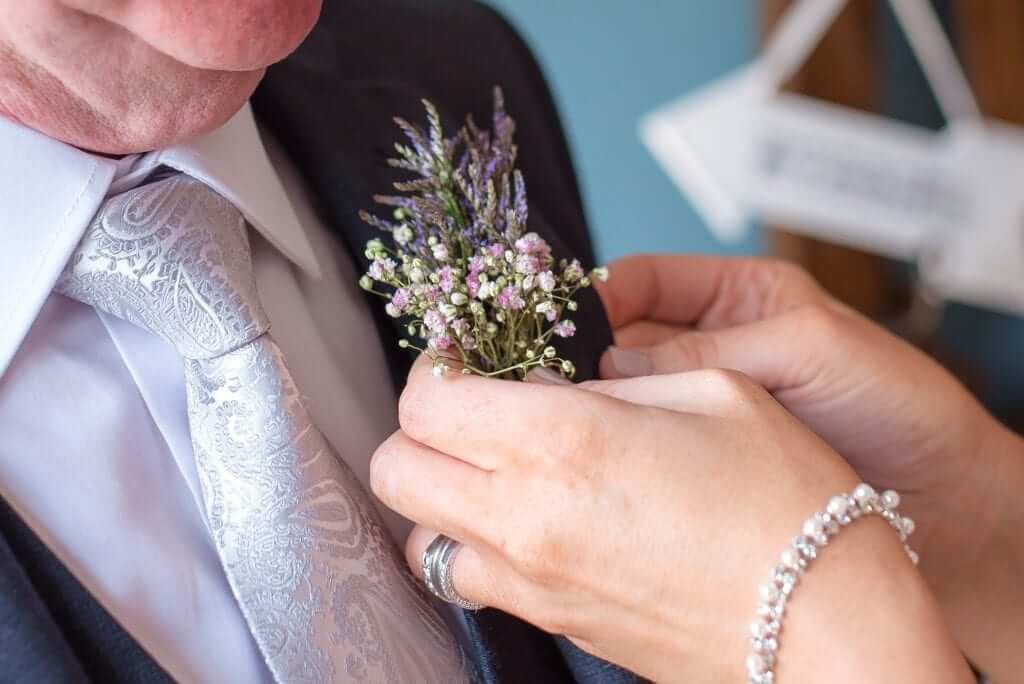 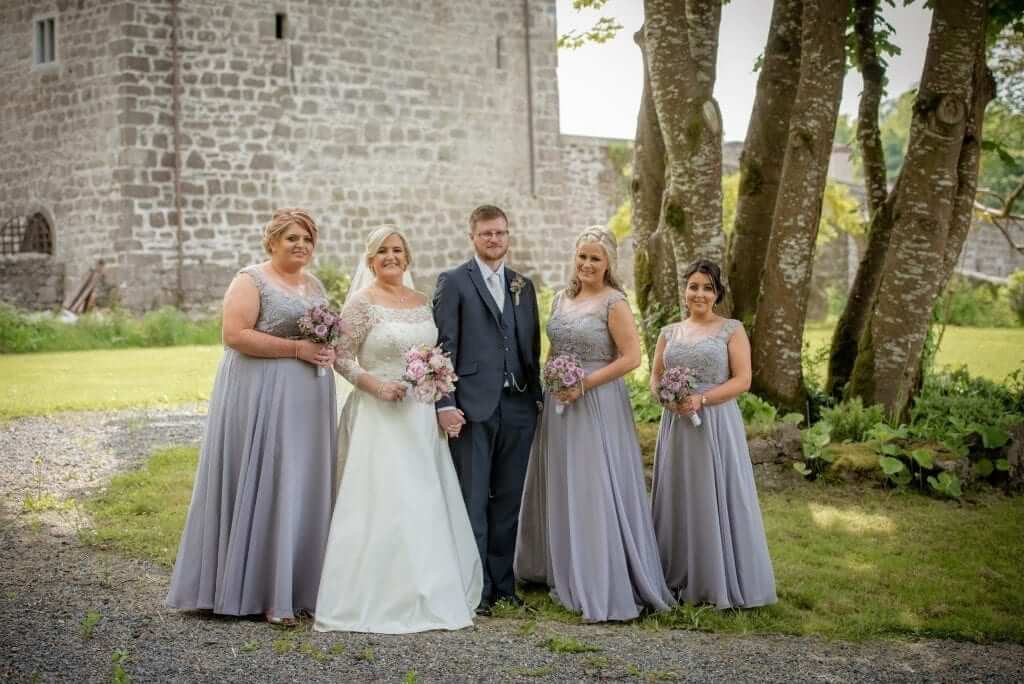 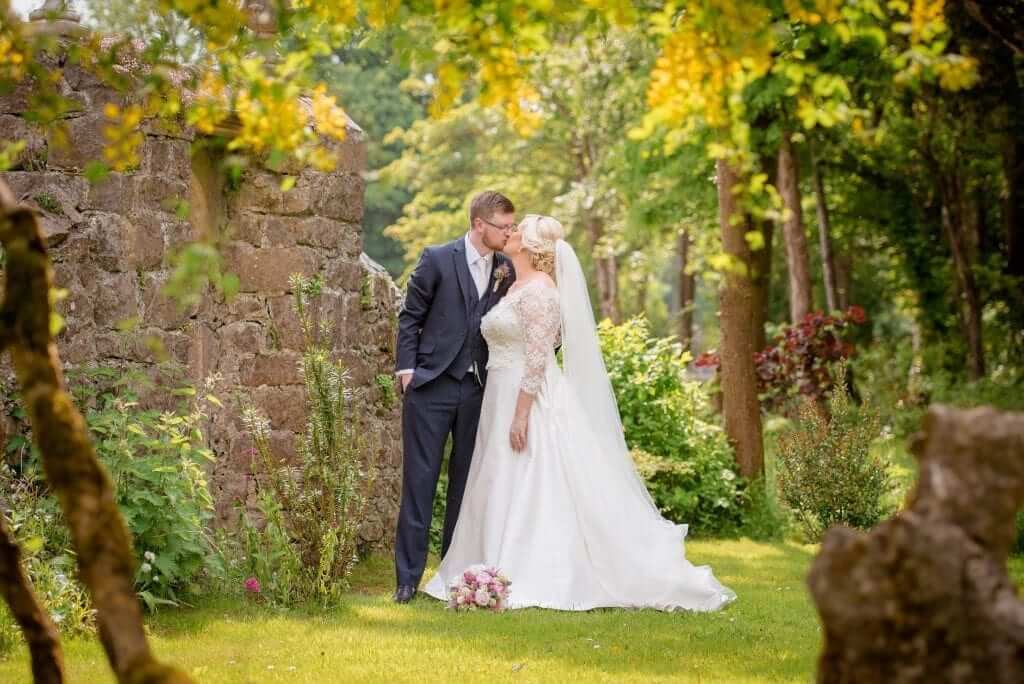 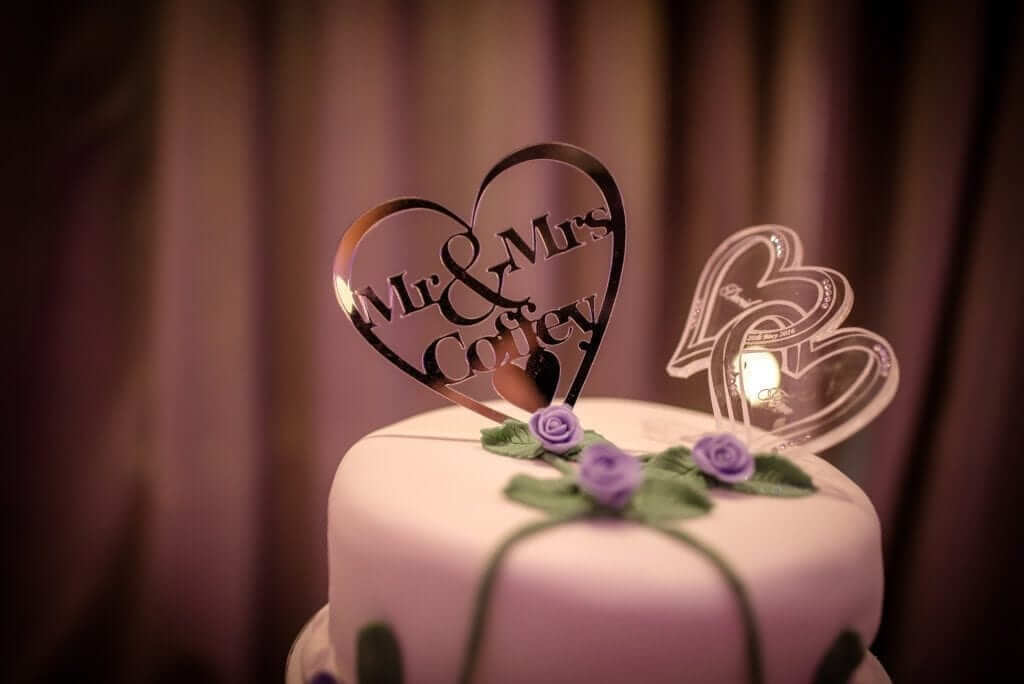 PODCAST 🎧 Season Two kicks off with the one and

BOWS | KNITS | SEPARATES | SPLIT Yep this has it

Ah shapewear.... Whether you want to suck it in, p

Did you know..... One of my biggest Irish Wedding

Hoping that this weeks announcement brings some jo

Can you actually deal with the style in this gorge

Shoes ❤️❤️❤️❤️ From one of my fave