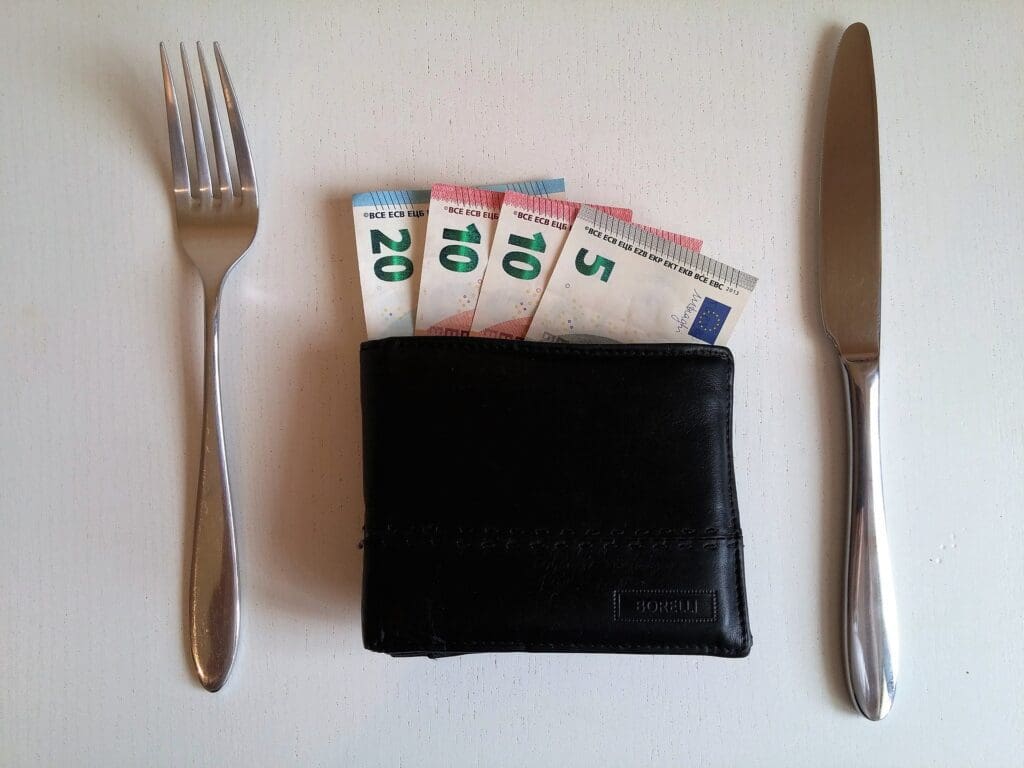 You may recall a few weeks ago, I ran a number of surveys and polls around tipping. I get so many DM’s asking me about how much or IF couples should be tipping at all. I decided it was best to hear from the crowd and see what is happening on the ground and I had an overwhelming response….. Almost 3000 of you responded and here is what came back.

Firstly, I asked the question around tipping hair and make up artists.

In total 68% responded with a ‘No’ and 32% said yes they would tip. Out of those that did respond yes, 21%, which was the majority, said they would add in €5 per person carrying out the work. 18% was the next largest share and that consistent of people saying that rather than a cash tip, they would provide gifts such as flowers, wine or chocolates. After that, some opted for an extra €20-€50 on the total bill for the service.

The next question I put to the Instagram group was around  the hotel / venue service.

On this occasion, the response was higher for those in favour of tipping. It was still a majority No at 56% but 44% said Yes.

Out of those that did vote Yes for tipping their hotel, 38% said that they tipped 10% of the hotel bill. The next largest share was at 15% stating that they would or have tipped €100 cash. The remainder was spread across €5 per staff member to a total lump sum of €700.

The final question asked was outside of hair, make up and hotel/venue, what else is tipped.

There was a large number across all surveys who said that they didn’t give cash but they would have a gift ready such as wine or chocolates.

As you can see from the above, and bearing in mind this is a sample of apx 3000 responses, that on balance, it is fairly split in favour of not tipping but remember, this was carried out over one weekend and many could have missed it and if I ran it again, a different result could come through. Like everything for weddings, do what feels right for you. If you feel like you should tip for the service you received, I can assure you, the wedding industry greatly appreciate it and if you decide not to, you are perfectly fine.

I hope this is helpful!

« Church Contribution: How Much?
Pregnant….Again! »

Sorry what!!! This is what happens when stung doub

I am loving the style from @desbishop and @hannahb

One Couple - x2 Religions - One Love….what do yo

Too cute 🥰 Imagine rocking up to your wedding i

Eeekkkk This is mad!! I had the great honour of dr

The don’t for husbands is the best €5 you’ll

COMPETITION TIME🚨 This one is epic! @candlewar