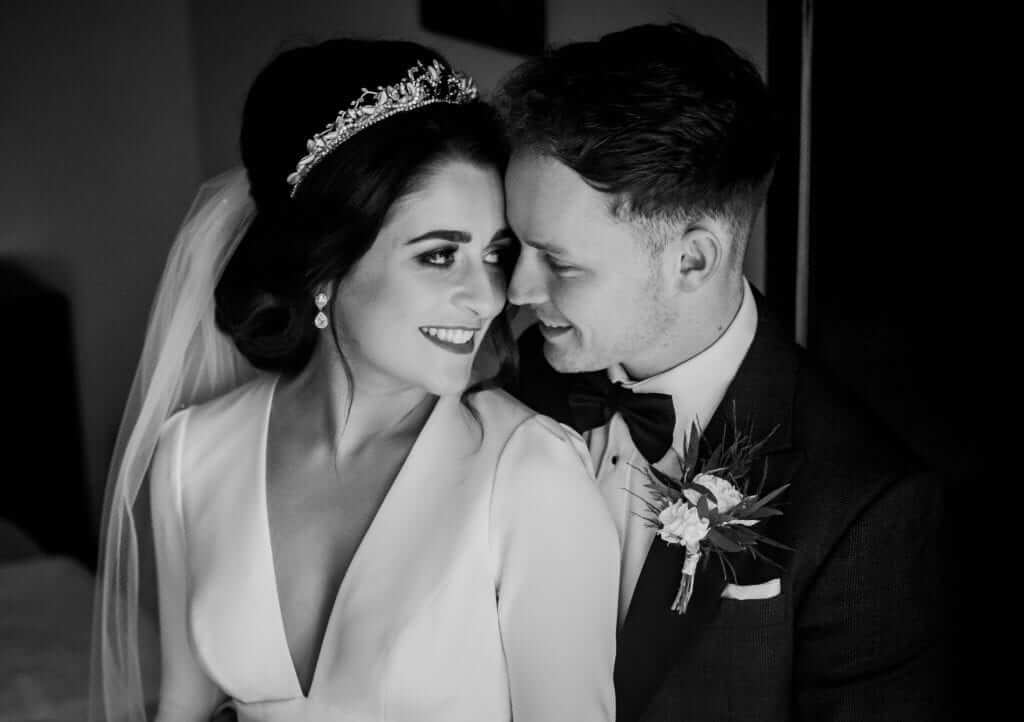 Sinead and Niall got married by the skin of their teeth on the 14th of March right before the lockdown. Today, I get to share this stunning wedding which is fit for a king and queen.

Having met at the tender age of 16, Niall and Sinead are childhood sweethearts. In 2018 in advance of a trip to America, Niall arrived over to a slightly hungover Sinead. He got down on one knee in front of their parents and asked Sinead to marry him. And here we are today….. 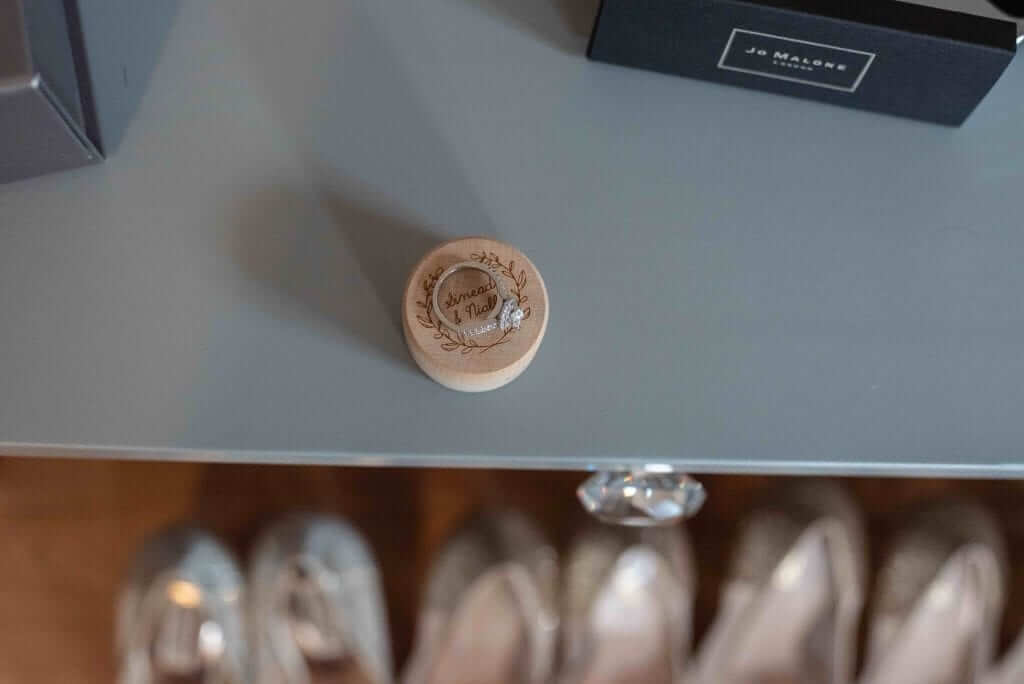 “Once we got engaged, I knew the suppliers I wanted so I booked their time and then as the wedding approached I got in contact to firm up ideas and designs. I did most via images and social media, very little face to face. I’m fairly organised so I wanted to sort as much as possible early on.“

Sinead and Niall started their wedding planning journey by selecting the Villa Rose Hotel in Ballybofey. This venue has a great reputation for food and service including an amazing wedding planner in Rhonda.

Unfortunately, 12 weeks before the big day, Rhonda had to make the call that all wedding coordinators dread and all couples fear…..due to a big GAA match in Ballybofey, the venue would no longer be a feasible option meaning that they had to move venue…. Luckily, their sister hotel Jackson’s was ready to welcome them with open arms and Rhonda continued to look after their wedding. Phew! 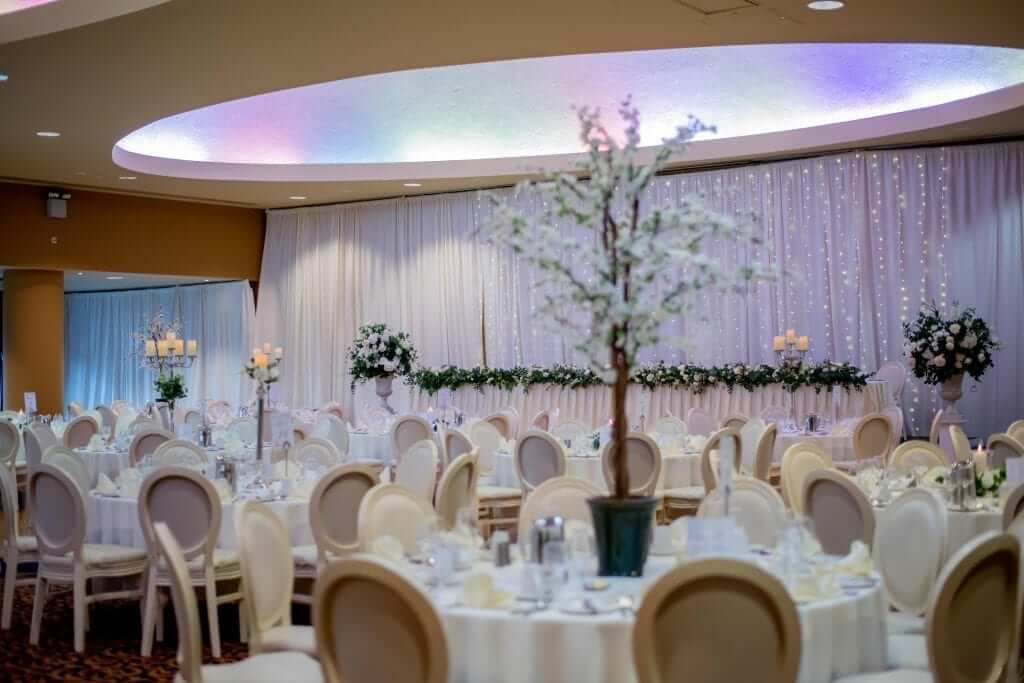 You would think that a change of venue would be the biggest bump in the road you could have but Sinead and Niall were only 24 hours away from the wedding not going ahead at all. On the 12th of March, just days before their big day, Leo Vradakar announced that indoor gatherings of over 100 guests cannot go ahead. As soon as this was announced, Sinead and Niall were inundated with texts! That evening, the church also announced all public masses were cancelled.

They had no idea at this point what was going to happen and the follow day, Friday, was the most stressful that any couple will endure. Luckily, they got the go ahead from Jacksons Hotel as they were ready to put hygiene measures and social distancing in place and then luckily, the church gave the green light. They couple had to reduce numbers down to 100. Unfortunately their honeymoon couldn’t go ahead but there’s always time when all is right in the world.

When the big day came around, it was a totally relaxed affair. The sun shone all morning, and all of the preparations went to according to plan. Niall’s grandpa could not attend the wedding but Niall took a very special trip to visit him to celebrate the occasion. (I’m not crying…you’re crying…)
Sinead’s nephew was pageboy and he lit up the house beforehand and alleviated all nerves. Cillian loves the camera! 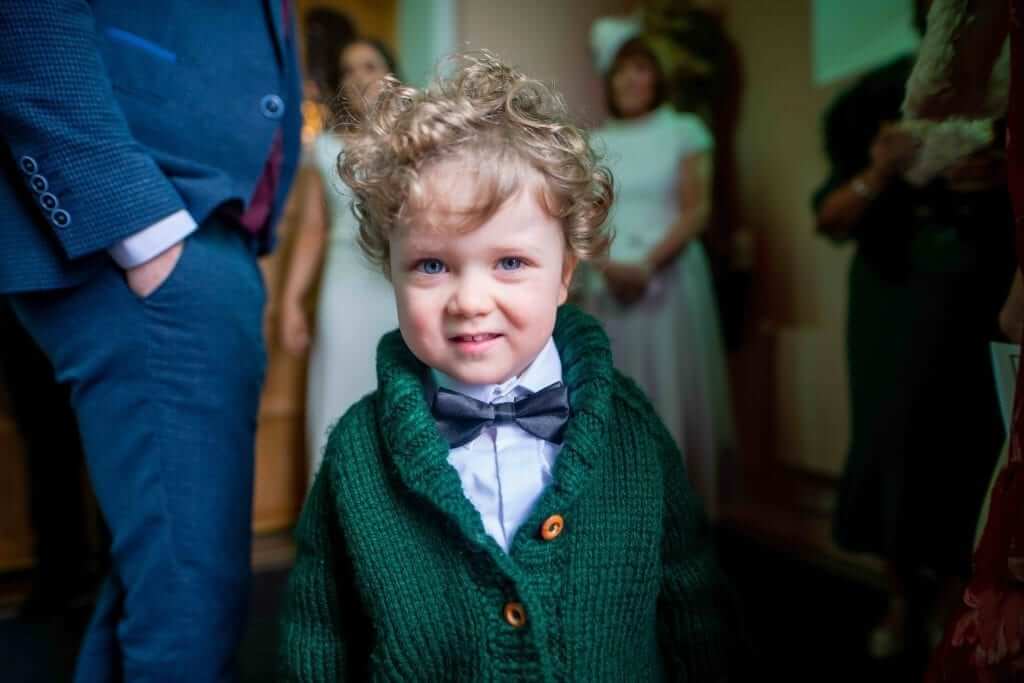 Sinead was surprised by a visit from the groomsmen that morning, they were sent as messengers to deliver a beautiful gift. Niall sent a Gucci Bag. (Ok where can we all find a Niall!) He also re-gifted Sinead a memory book which she made for him in 2012 which unknown to her continued to fill in..he covered every major memory – including his thoughts the night before the wedding. (I actually cannot cope..this is so beautiful)
The whole day was beautiful and flawless from start to finish.
“The dance floor and the band were the best memory. We are lucky in that we are from the same area so all our friends are the same – this made for a great craic on the dance floor and the residents bar which was going to 4am. Shoutout to my bridesmaids for keeping it going all night!” 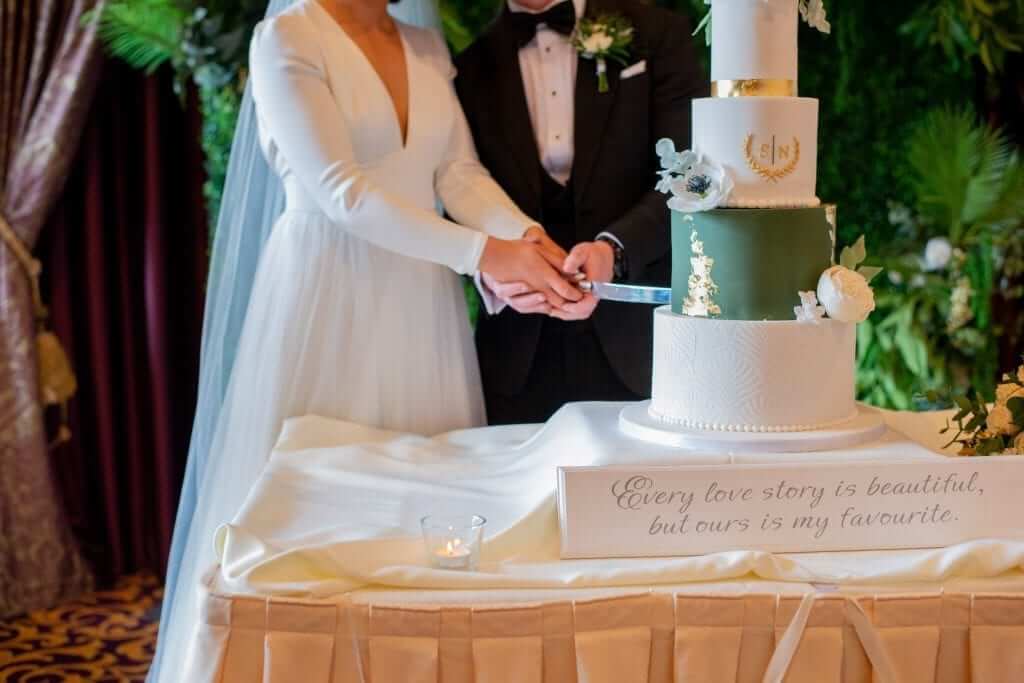 “I think we both probably had a more stressful week than most prior to the wedding but nothing mattered when we met at the top of the altar and held hands. Relax, smile and make the most of your time together throughout the day.” 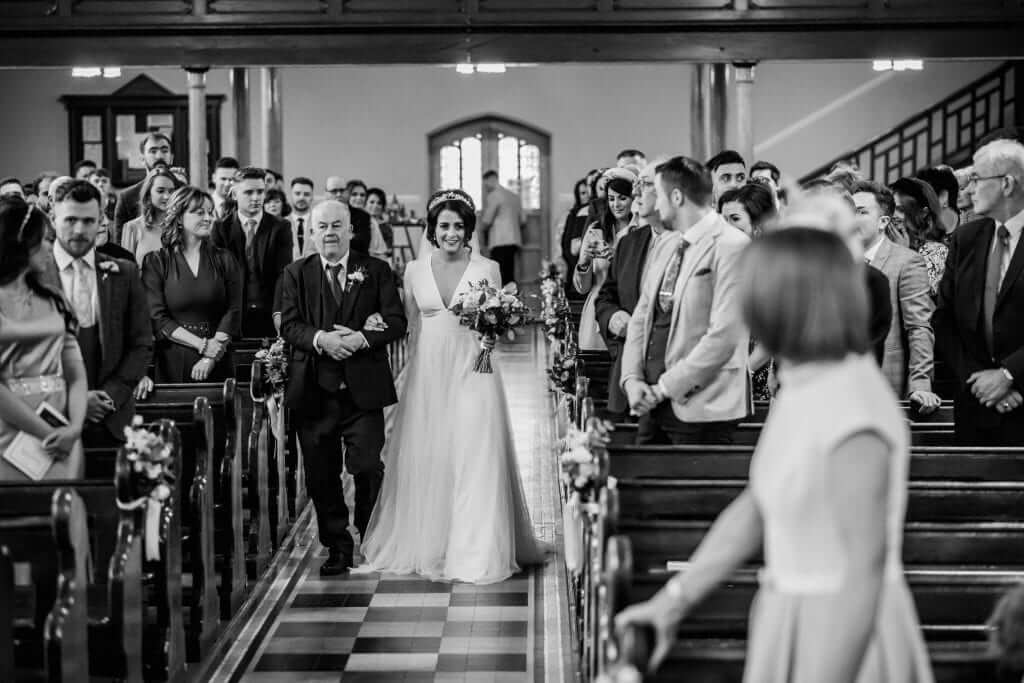 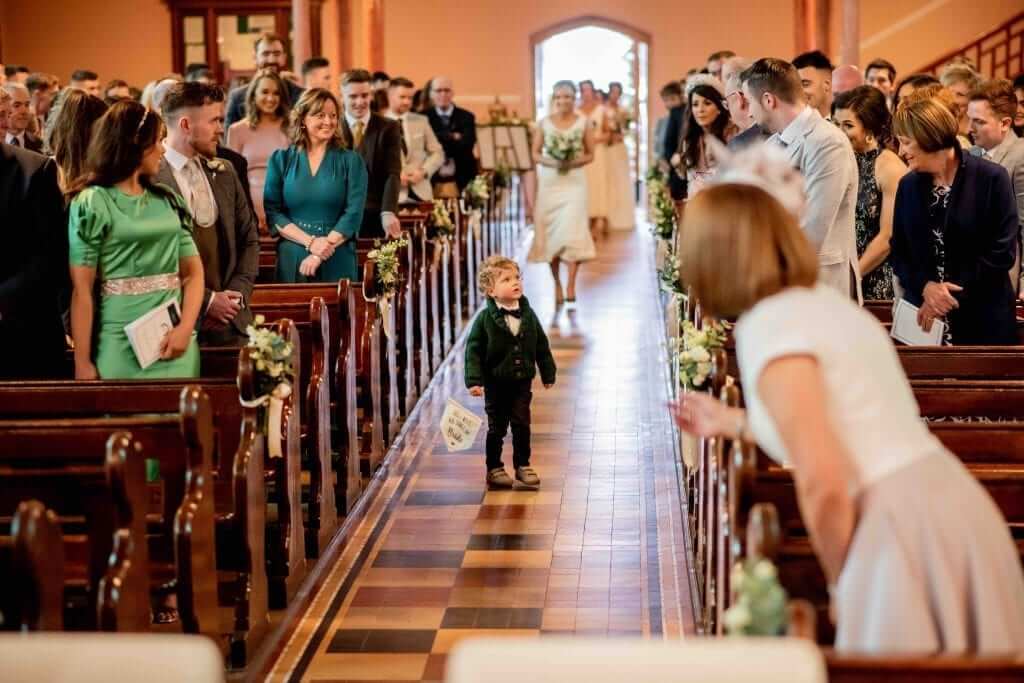 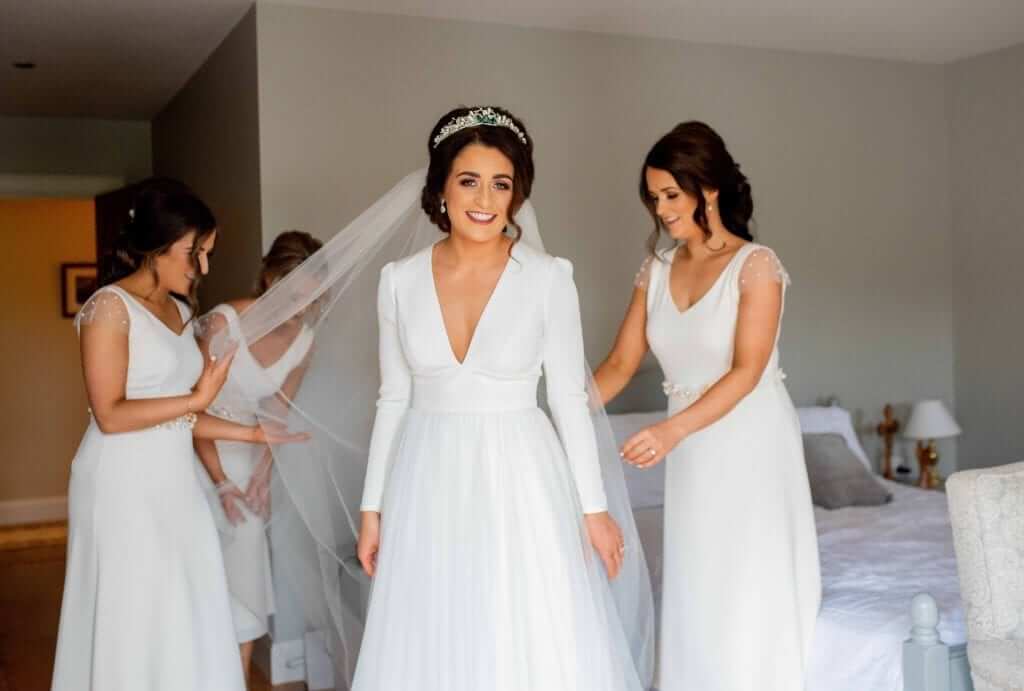 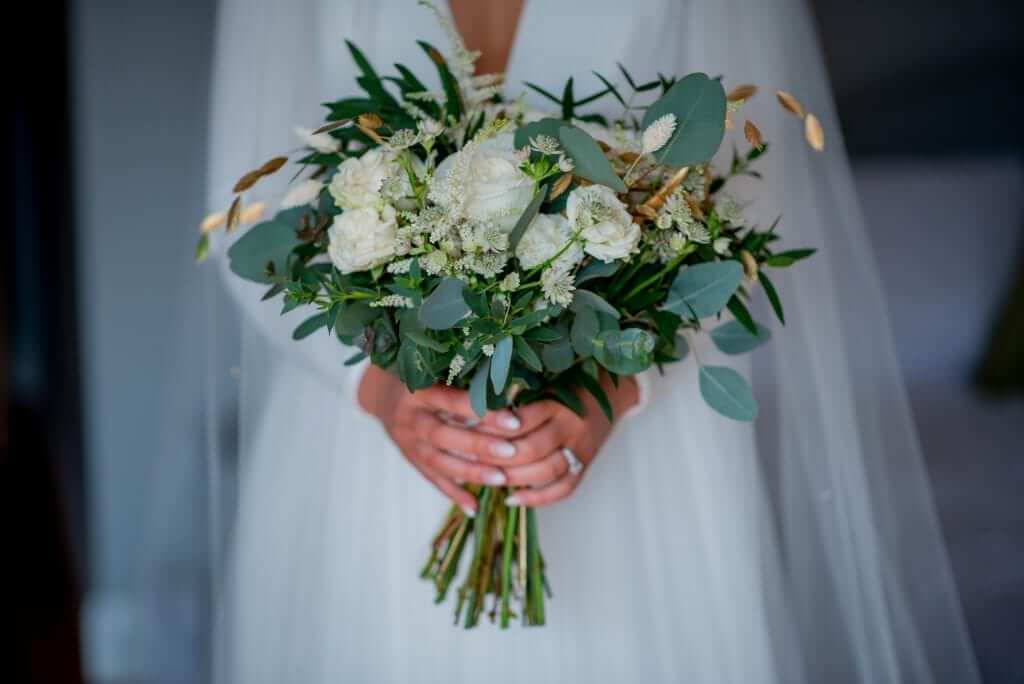 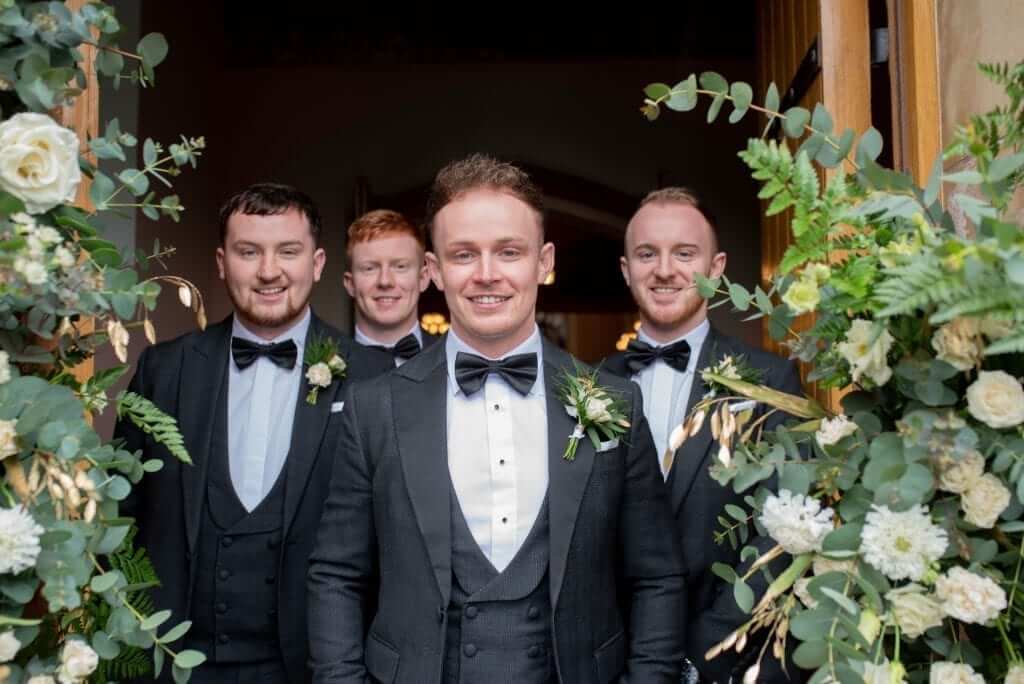 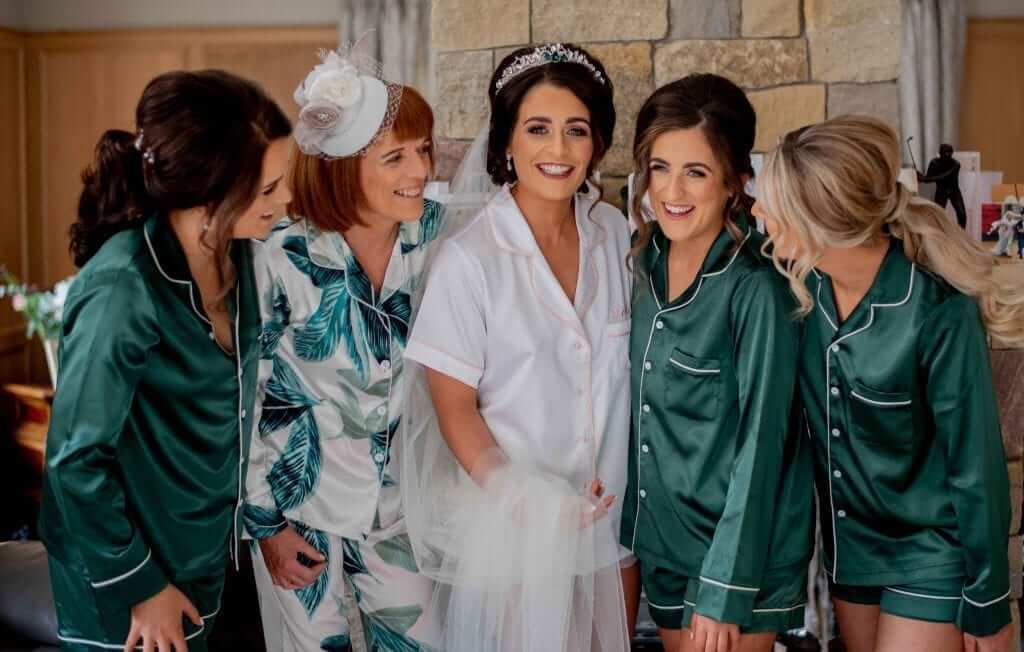 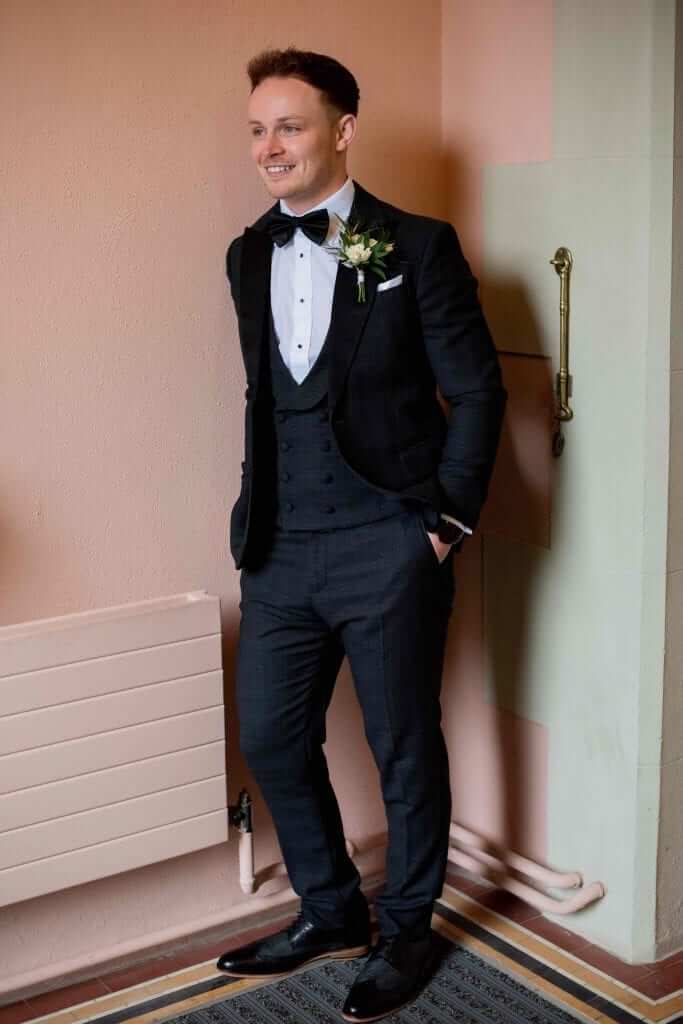 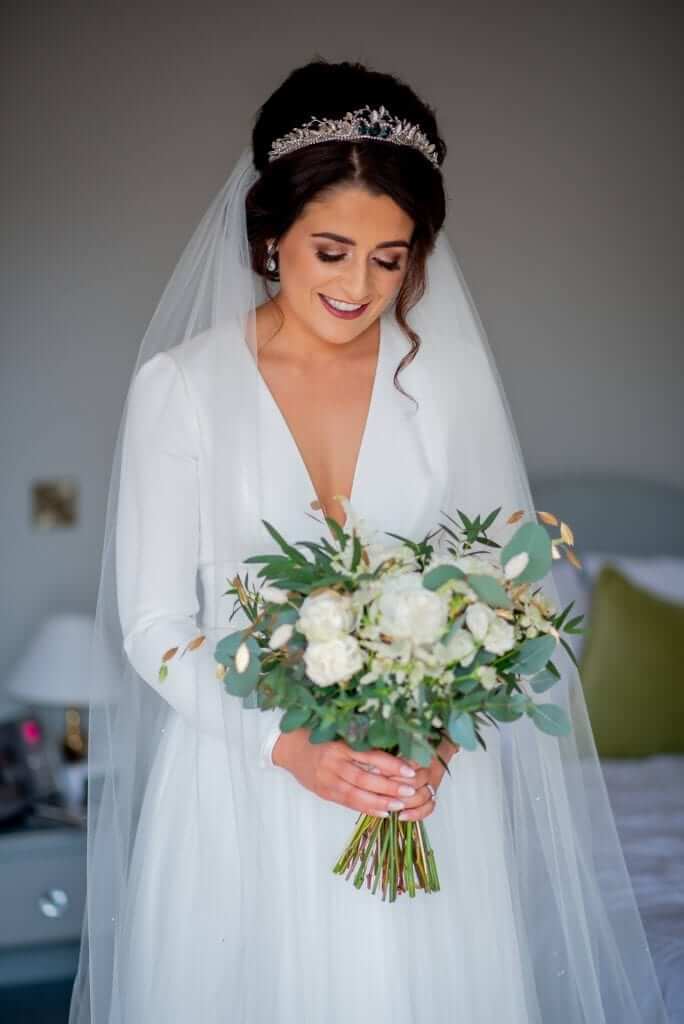 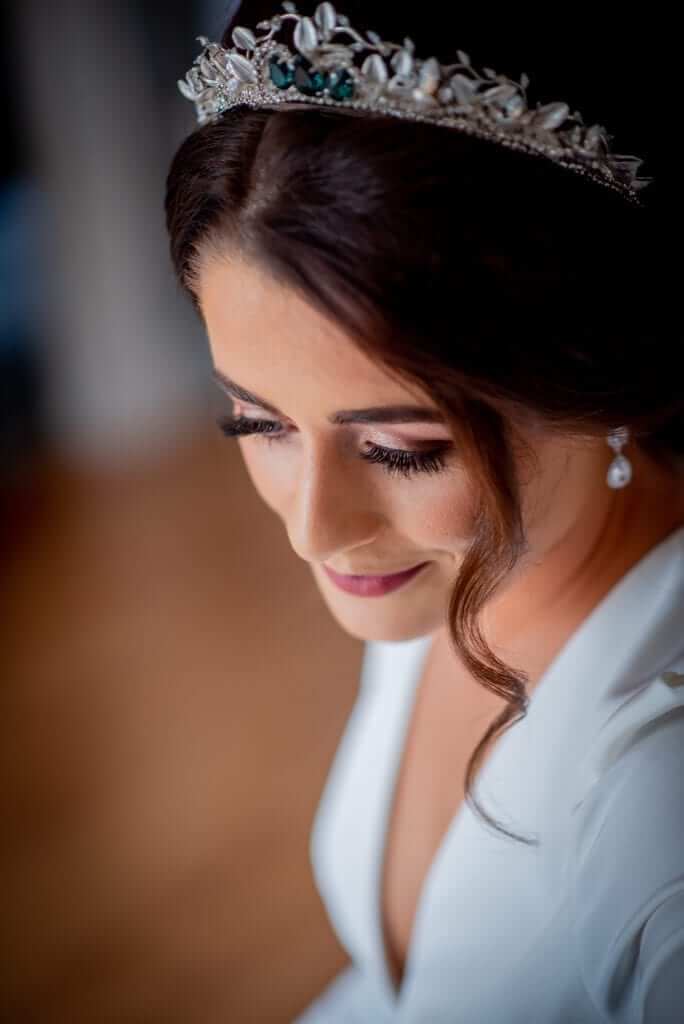 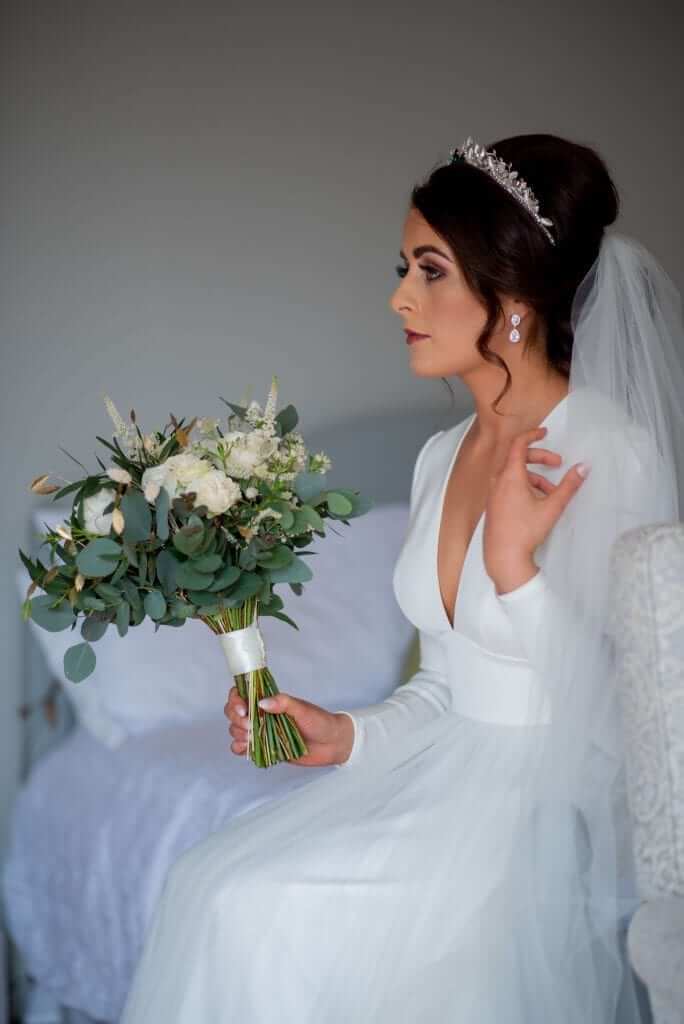 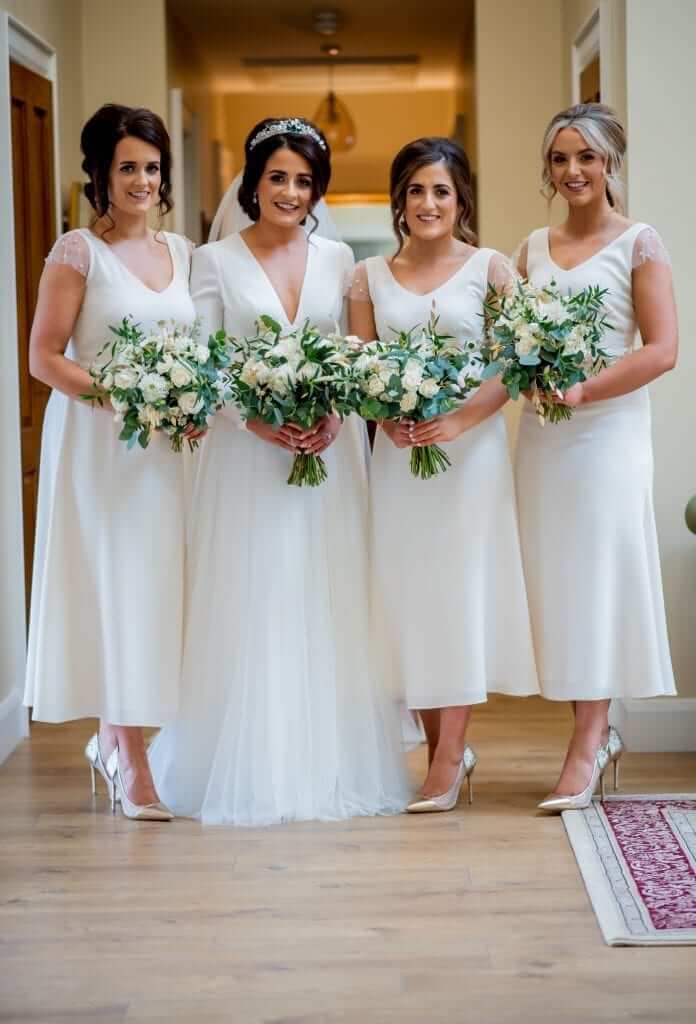 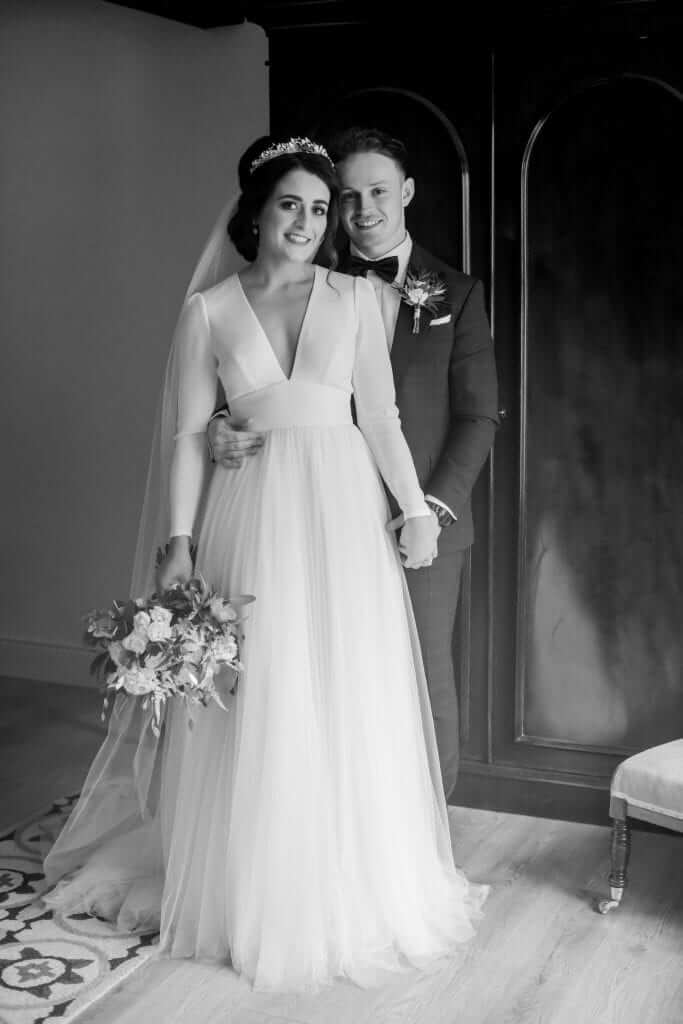 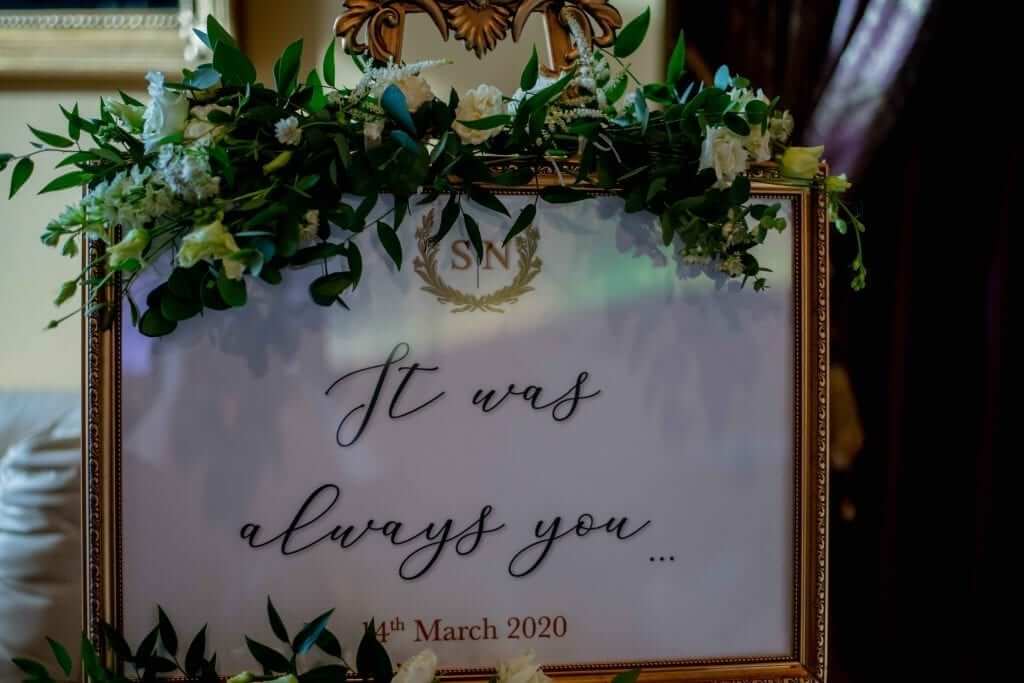 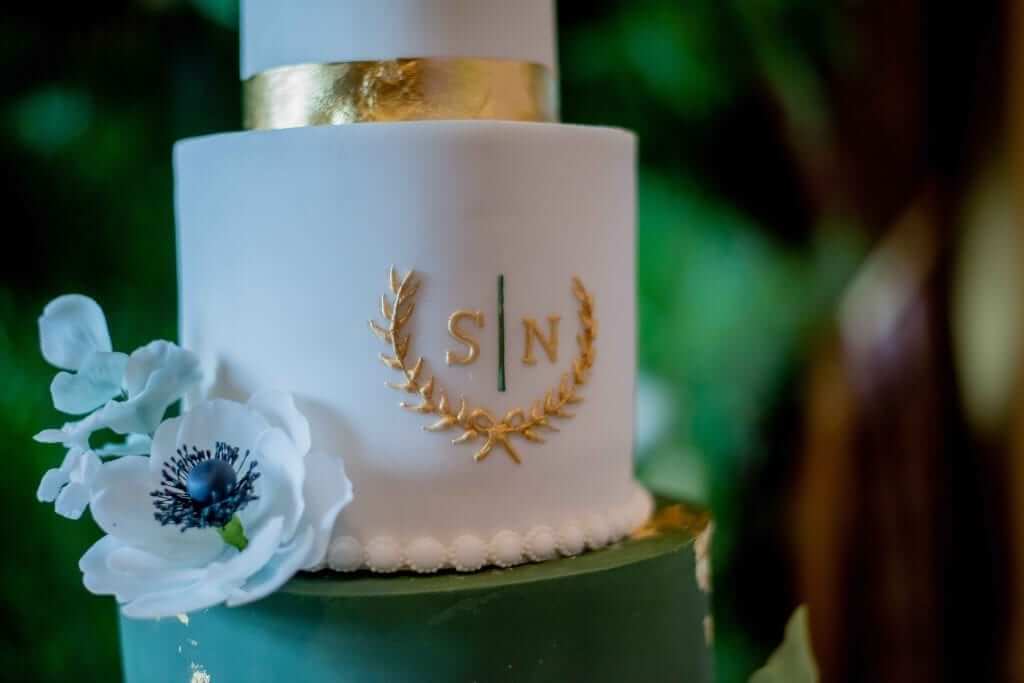 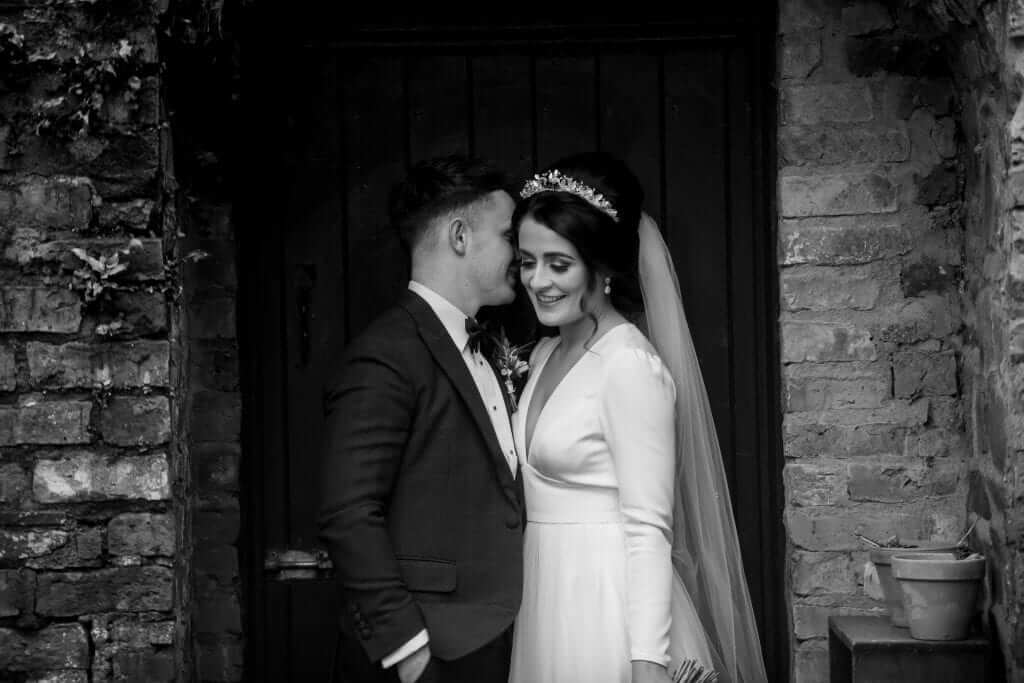 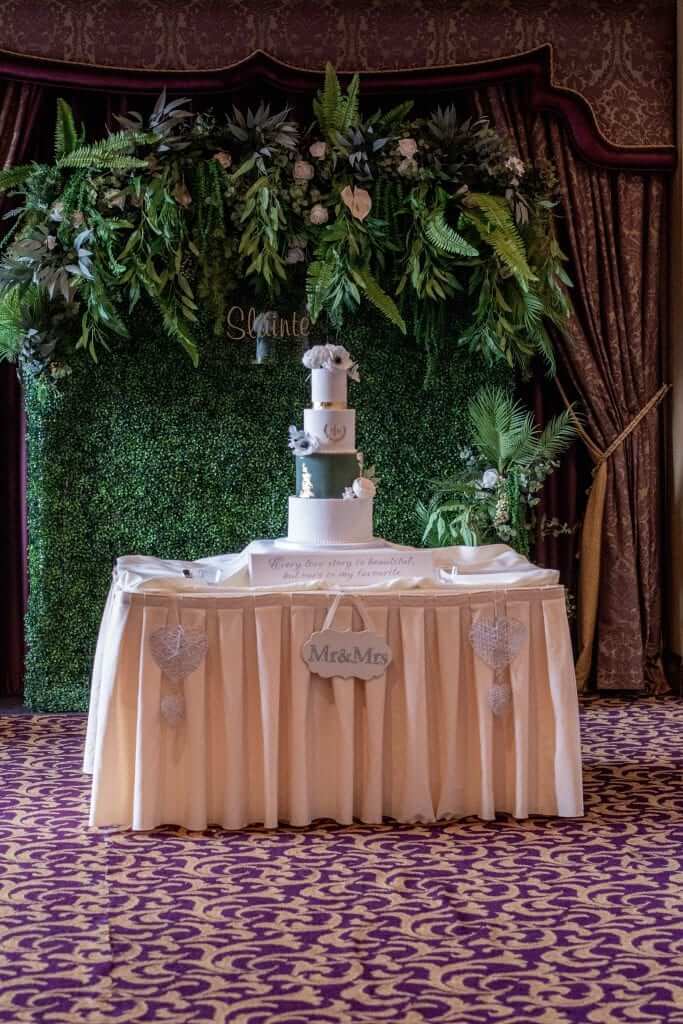 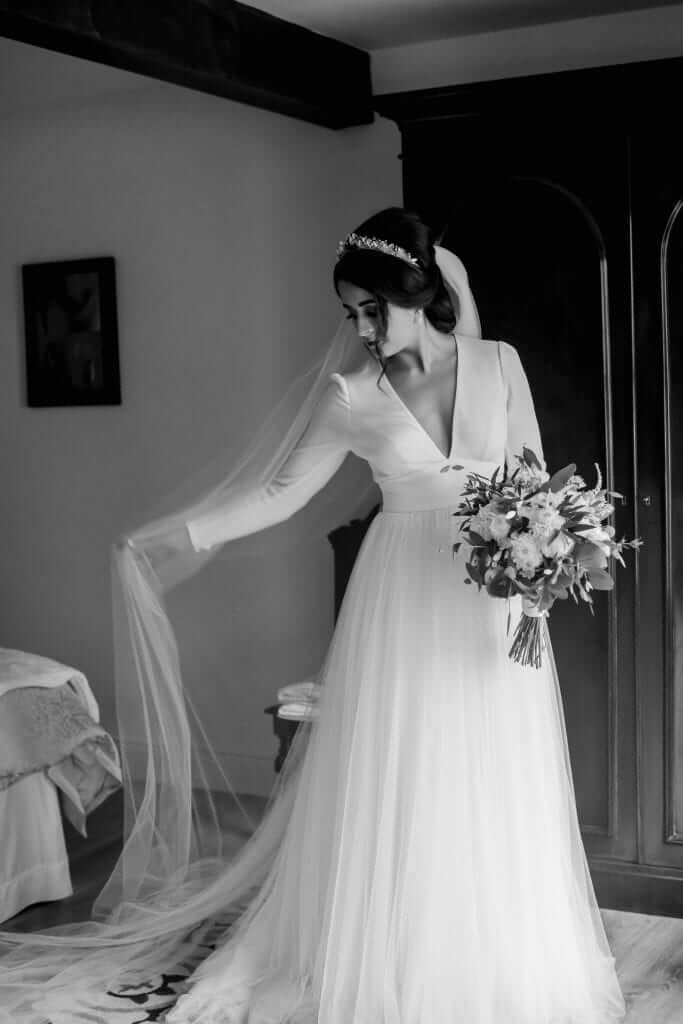 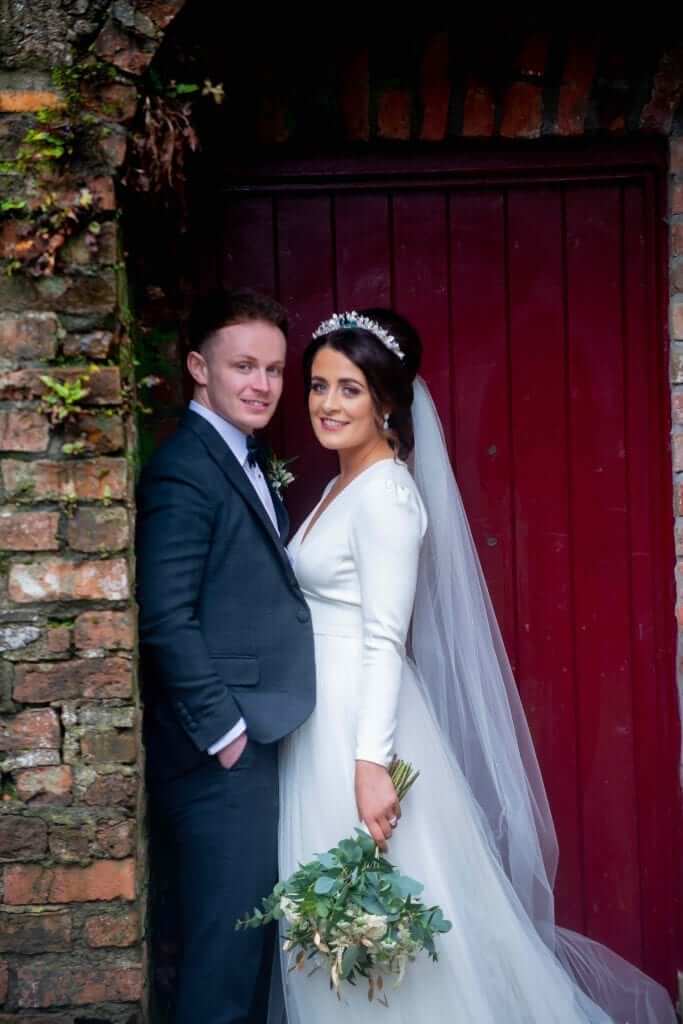 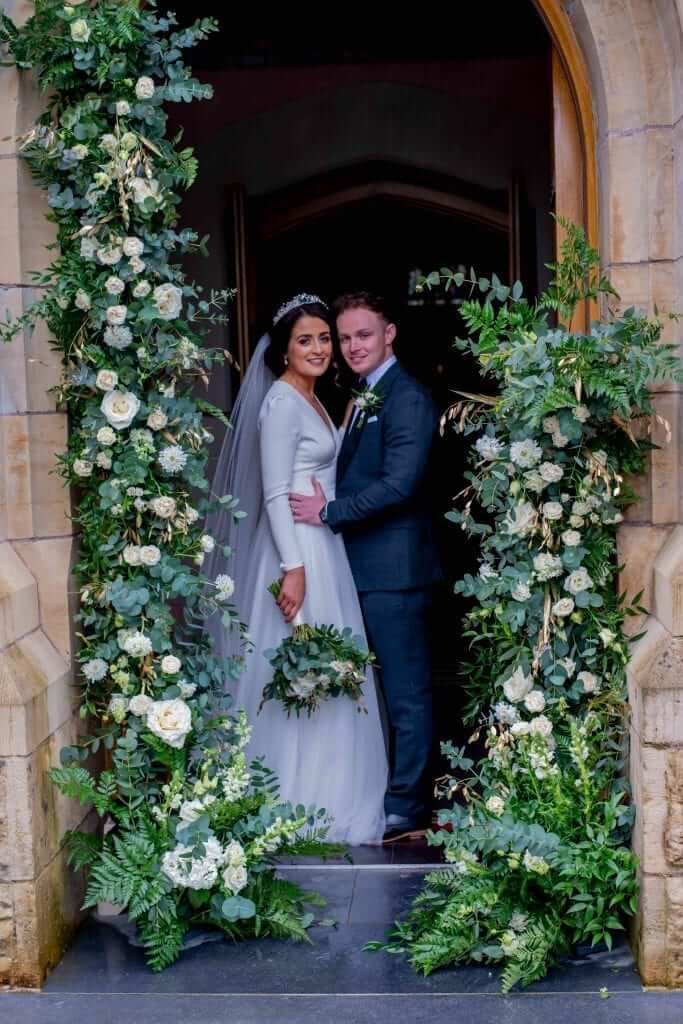 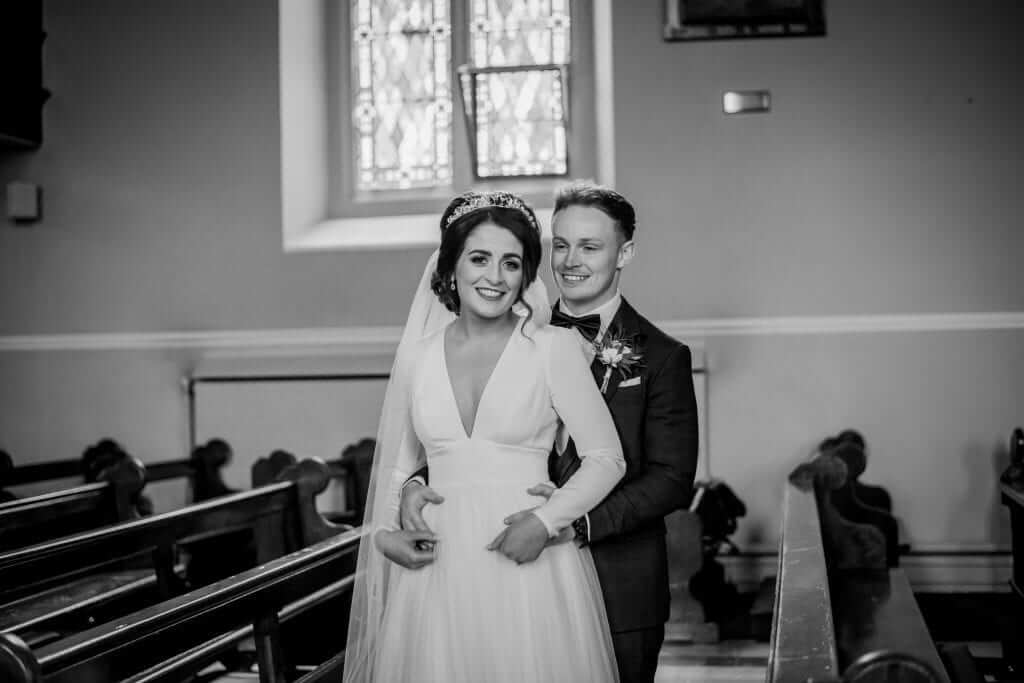 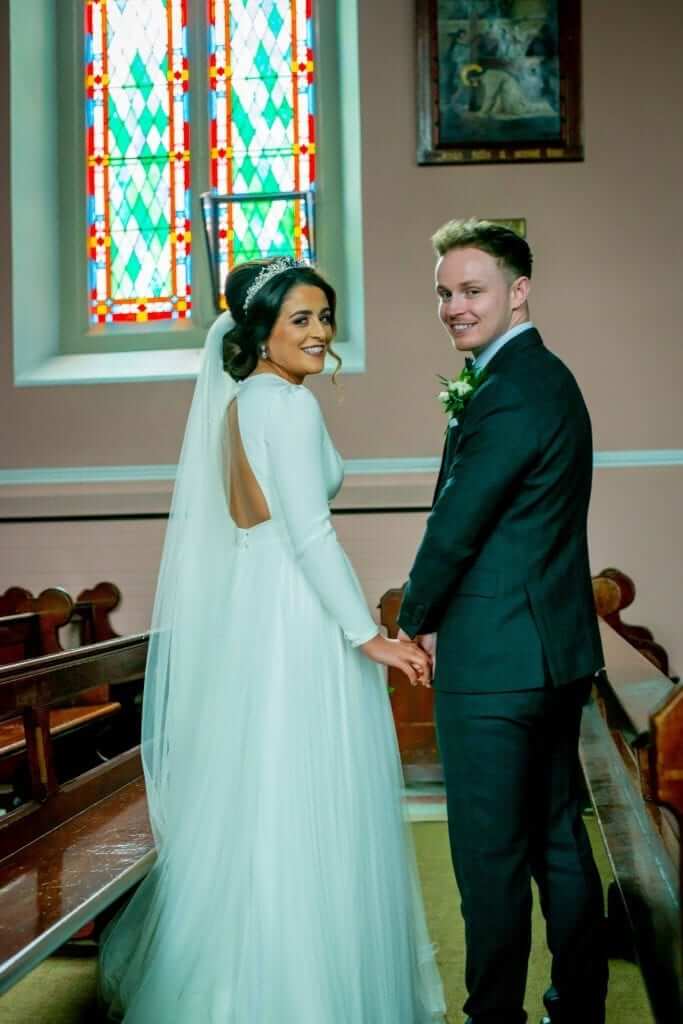 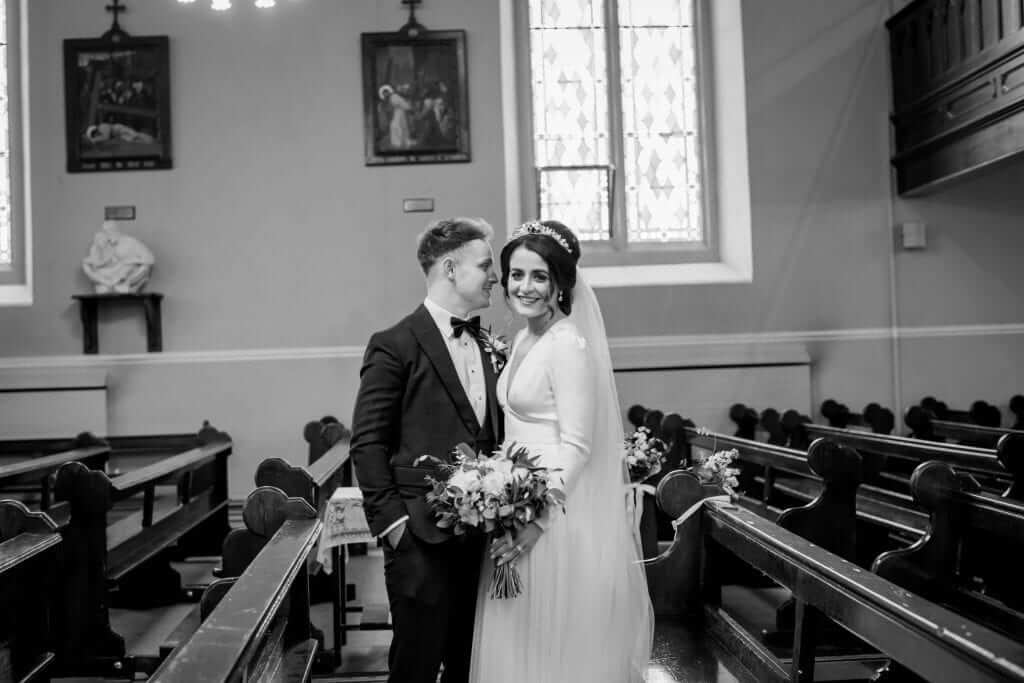 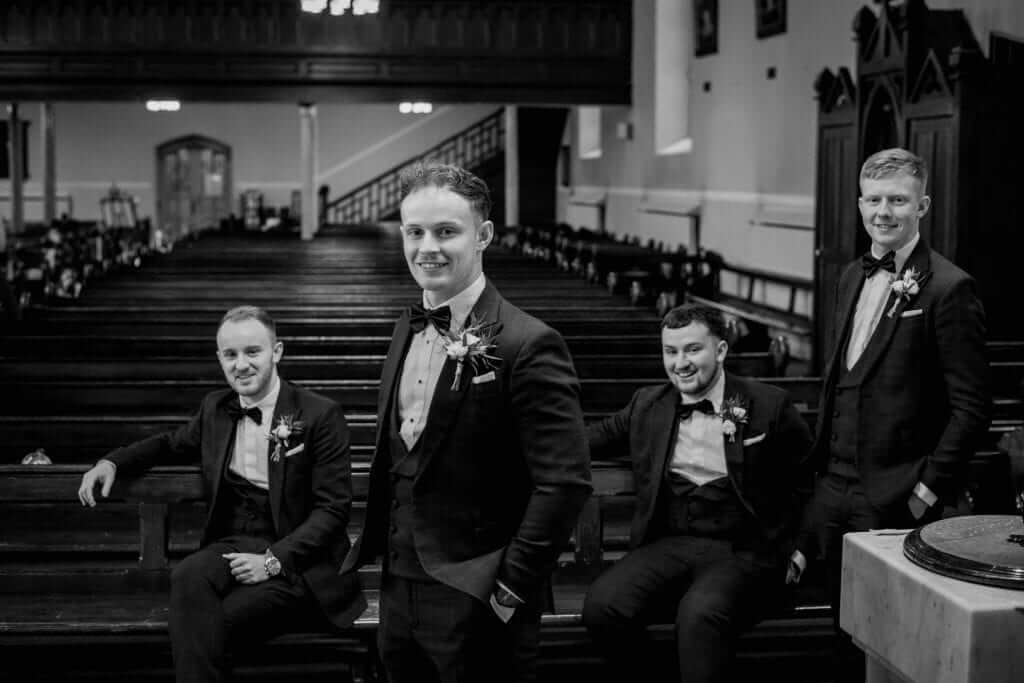 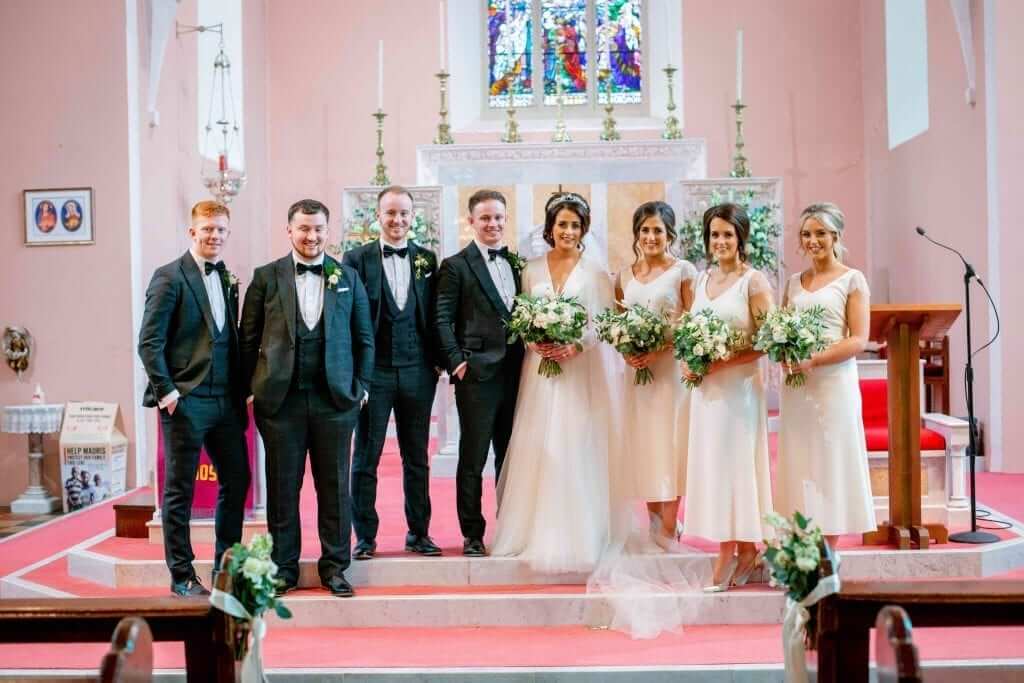 was last modified: May 24th, 2020
« DIY Wedding Photobooth Frame
To Wed or Not to Wed? That is the Question »

Big day today! It was an absolute joy to visit @vi

Tune in to tomorrow’s @irelandamvmtv as I’ll b

It’s time for another featured supplier as voted

This just makes my eyes smile 😊 I don’t even

Holy Moly ANOTHER COMPETITION 🚨 This one is epi

Ooohhh it’s time for another featured supplier a

When you catch up with @mandycatwalk on an insta l